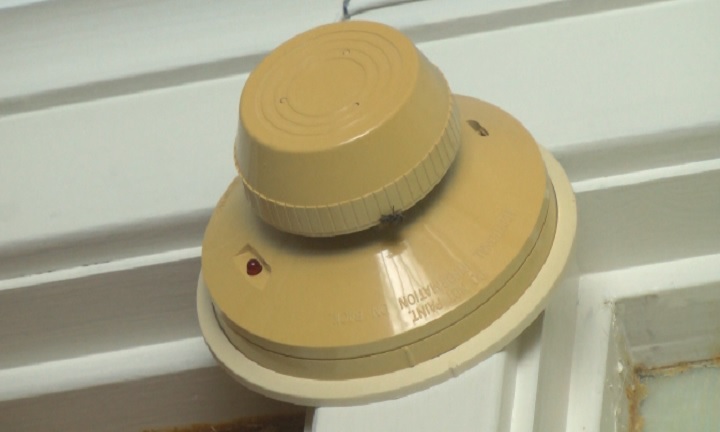 ISHPEMING — There have been several recent fires in Ishpeming, and fire crews have noticed a trend concerning fire prevention.

During the investigations into the fires, the City of Ishpeming Fire Department discovered that several of the homes did not have smoke alarms or had alarms that were defective. The department advises that residents test their smoke alarms on a regular basis to ensure that they are working properly.

“People can try the test button. They should test their smoke alarms monthly. You can also light a candle, blow the candle out and put it near the smoke alarm to make sure it is working, that’s also one way to do it,” said Ishpeming Fire Chief Ed Anderson.

Anderson also said that smoke alarms that are over 10 years old should be replaced. The photo-synthetic eyes in the detector can collect dust and grime, which can decrease the effectiveness of the alarm.

If there is not a smoke alarm in your home, the American Red Cross in Marquette can help.

“Someone with the Red Cross will take your name and your information and get you a smoke alarm or two,” said Anderson. “They’ll come over and actually install them for you at no cost.”

For more information on receiving a smoke alarm from the Red Cross, contact them directly at (906) 228-3659.

In addition to having a working smoke alarm, Anderson said residents can prevent fires by avoiding the use of space heaters as a primary heat source. Those who use space heaters should turn them off before leaving the room, keep combustible materials at least three feet from the heater. Space heaters should also never be used with extension cords.

Do you have a Home Escape Plan?