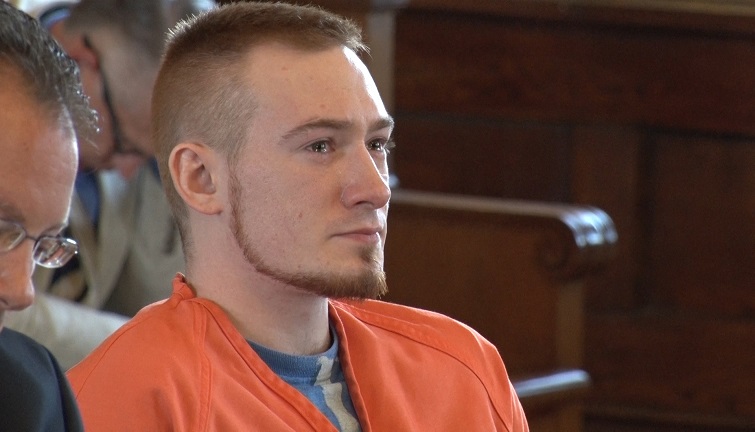 CRYSTAL FALLS — “I really am sorry. I never meant to hurt you.”

Tyler Polich, 21, gave an emotional speech Tuesday morning in Iron County Circuit Court. He apologized to Seth Stoychoff, 20, who was severely injured when he exited Polich’s vehicle during a police pursuit during the early morning hours of June 20th, 2016.

“I used to hang around at your house all of the time,” said Polich about Stoychoff. “We used to be like family. I just want to say I’m really, really sorry.”

Stoychoff suffered a traumatic brain injury when he exited Polich’s vehicle. Polich never stopped and continued to run from police.

“That night I lost my best friend,” said Seth’s mom, Rebecca Norman, about the accident. “I thank God everyday that I did not have to bury my child, but we lost the person that he was.”

Norman added her son will need 24/7 care the rest of his life. Special prosecutor Michael Makinen asked Judge Michael Pope to sentence Polich at the top end of the sentencing guidelines, which called for a two-year incarceration term.

“It’s apparent that efforts have been made in the past have failed,” said Makinen. “He was on warrant status in Marquette County at the time of his arrest.”

In the end, Judge Pope sentenced Polich to 12 months in jail and 30 months of probation. Polich cannot consume any alcohol and will undergo alcohol substance abuse treatment after he’s released from jail.

But when Polich will be released is now in question. Before his sentencing, Polich was arraigned on felony charges of home invasion, assault with intent to do great bodily harm less than murder, interfering with electronic communications and three misdemeanor counts of furnishing alcohol to a minor.

He will be back in court on those six charges August 22nd for a preliminary exam.