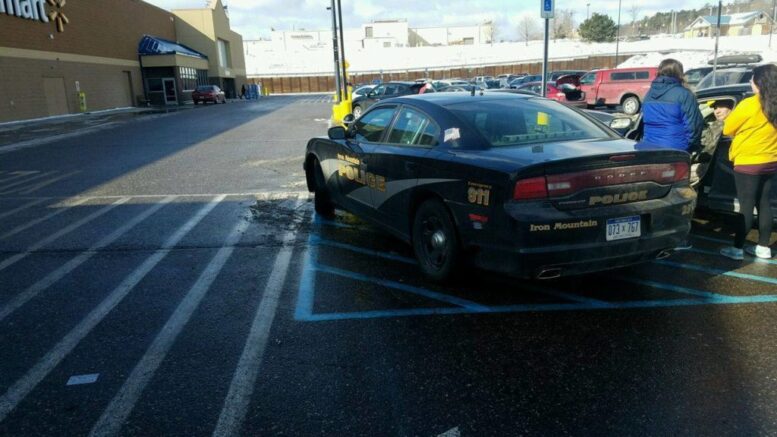 IRON MOUNTAIN — The Iron Mountain Police Department fully supports an officer who parked in what some people are calling a handicap parking spot.

The photo was provided to ABC 10 by a viewer who wishes to remain anonymous. It shows an Iron Mountain Public Safety police car parked in a handicap area at Walmart around 9:30 a.m. CT Thursday.

Ed Mattson, the director of Iron Mountain Police and Fire services, says his officer is not in a handicap spot, but next to it, as the picture shows. Mattson said the 18-year veteran of the department parked there while he responded to a two-vehicle accident in the parking lot.

The squad car was parked there to create less congestion to not cause further accidents and as a barrier to protect other people who were standing outside of their vehicles watching the accident scene. As soon as the officer was done at the accident scene, the car was removed from its parking spot.