Recreating in present day the experience of life in the mid 20th century takes the magic of a pen. The SideRoad Kids, the new book of short fiction from the Ann Arbor-based Modern History Press, shows columnist and author Sharon M. Kennedy holding the magic pen.

The SideRoad Kids is a collection of 33 stories, each narrated in first-person by sixth graders in a small town in Michigan’s Upper Peninsula during the school year 1957-58. The setting and the historical period of these humorous, poignant, and sometimes mysterious tales will be familiar to adult readers.
Based out of Brimley in Michigan’s Upper Peninsula, the regional connection comes naturally to Sharon whose childhood memories are anchored there. She remembers it thus:

“Chippewa County is pretty much as I remember it as a child with the exception that it no longer has lots of small shops and clothing stores along the main street, Ashmun.” 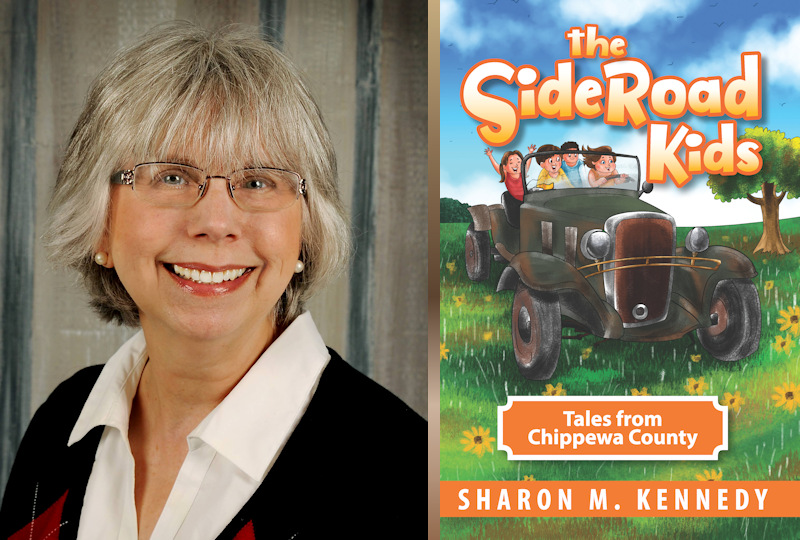 Who Will Enjoy Reading The SideRoad Kids?
Sharon says that the timeframe has nothing of historical interest or importance in the stories, but adds that the book will appeal to Baby Boomers and older readers who will remember country life in the 1950s.
Older readers often tell me they send my columns to their children and grandchildren to remind them that life was not always easy and technology was an old manual typewriter, a telephone with a crank, and a car devoid of air conditioning.
Sharon believes The SideRoad Kids will appeal to the Amish as well as to parents who homeschool their children.

We have a large Amish population in the Sault Ste. Marie area. Many read my newspaper column and have told me they enjoy it because the stories I tell of the “old” days ring true for them today.

More about The SideRoad Kids and author Sharon M. Kennedy is online at her www.AuthorSharonKennedy.com.

Over the past five years, the Modern History Press has exploded on to the publishing scene of the Upper Peninsula. It has featured leading U.P. writers including historian and photographer Mikel B. Classen whose Points North: Discover Hidden Campgrounds, Natural Wonders, and Waterways of the Upper Peninsula won an award from the Historical Society of Michigan. The annual U.P. Reader anthology serves as a unique venue for showcasing the talent of U.P. writers, including young writers in U.P. schools from grades 5 through 12.