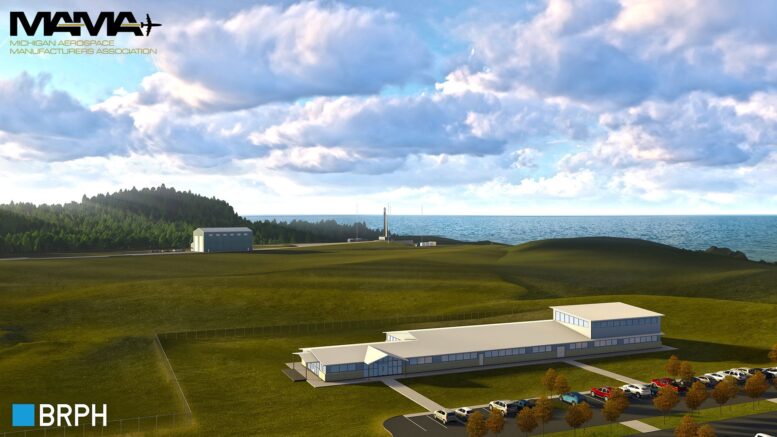 MARQUETTE AND CHIPPEWA COUNTIES — Two locations in the Upper Peninsula have been named as sites for future space launches and testing.

In January, the Chippewa County Economic Development Corporation and Marquette County submitted a joint letter of cooperation to become a licensed spaceport. The decision to establish sites in the UP was made after a long review process of the sites, with safety being the top priority.

Brown stated, “If you look at minimal population density, access to water, launch trajectories, things of those nature that are associated with launches, the northern part of our great state actually serves very well for this.”

The initiative has been moving toward licensure from the Federal Aviation Administration. That licensure must be obtained prior to development of the sites.

“The selection of a vertical launch site in the Upper Peninsula creates the potential for the region to become a principal in low earth orbit satellite and autonomous vehicle technology,” explained Chris Olson, President of the Chippewa County EDC. “The resulting economic impact to the U.P. and the entire state will be significant.”

Troy Morris, Director of Operations for Kall Morris Inc., demonstrated how the business of space is already working in Michigan, saying “Keeping space clear for all builds the foundation for humanity’s continued expansion into space. Thanks to the support of the state government, organizations, and people involved in the growing aerospace sector, exciting developments like the Michigan Launch Initiative continue to support the path to success. KMI is excited to work with Michigan and the Upper Peninsula as the region plays a part in this exciting future.”

As part of MAMA’s effort to develop Michigan’s space industry, it will host the Third Annual North American Space Summit in Traverse City from August 30-September 2.