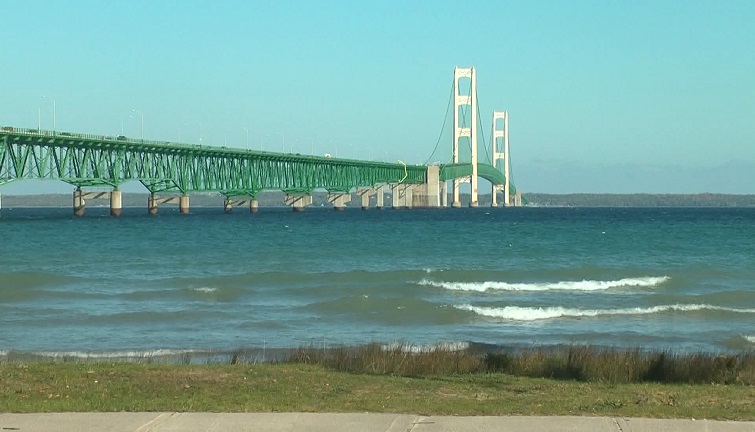 The Michigan Department of Attorney General filed motions for a temporary restraining order and preliminary injunction Monday after Enbridge’s disclosure late last week of significant damage to an anchor support on the east leg of the Line 5 pipelines. The motions were filed in the parties’ ongoing case, Nessel v. Enbridge Energy LP, et al., Case No. 19-474, currently pending in Ingham County Circuit Court.

In a six-page order, the Court granted the Attorney General’s request and ordered that the east line of the pipeline to remain shut down and that the west line which is currently operating be shut down as soon as possible, but no later than 24 hours of receipt of the Court’s order. Both lines are to remain closed until the hearing on the Attorney General’s motion for preliminary injunction is held at 1:30 p.m. on Tuesday, June 30.

“Enbridge has failed to provide the State with information about the cause of this significant development involving Line 5, and so I’m very grateful for the Court’s decision today,” Nessel said. “While the fact that Enbridge reactivated one of the lines before consulting with the State is concerning, the fact that the company has failed to disclose the cause of this damage is equally alarming, considering the impact a breach in the pipeline could have to our state residents and economy. With the continued operation of this pipeline, the risk of severe and lasting environmental damage to Michigan’s most important natural resource continues to grow every day. However, this ruling, while significant, is only a short-term fix. If the lines are put back into operation, one mismanaged incident or accident would result in a historic catastrophe for our state. Work must continue toward complete removal of Line 5 from our waters.”

In granting the temporary restraining order, the Court noted that the 1953 Easement Agreement between the State of Michigan and Enbridge required Enbridge to exercise due care and operate the pipelines as a reasonably prudent person would.

Additionally, the Court noted that a 2018 agreement between the State of Michigan and Enbridge required Enbridge to share the information related to the recent damage to the pipelines, which Gov. Gretchen Whitmer had requested.

In issuing the temporary restraining order, the Court noted that Enbridge’s “failure to provide sufficient documentation to the State of Michigan related to the nature, extent, and cause(s) of the newly-discovered damage to Line 5 and its supporting infrastructure has resulted in the State’s inability to review or assess any risk of harm arising from the identified damage.”

The Court further noted that “the risk of harm to the Great Lakes and various communities and business that rely on the Great Lakes would not only be substantial but also in some respects irreparable.”

Enbridge reported the pipeline damage to State officials on Thursday, June 18, and shut down both east and west legs of Line 5 to inspect the damage. The company failed to immediately provide the State with information surrounding the incident – including the cause of the damage – as requested by Gov. Whitmer in a letter sent Friday, June 19.

Enbridge then unilaterally reactivated the west leg of the pipeline Saturday, June 20, without first providing the State with an opportunity to discuss it.

Gov. Whitmer then sent another letter to Enbridge requesting that the pipeline be shut down immediately until the incident could be investigated and preventive measures put in place.

The company provided a brief summary of the damage to the State Monday, but left several critical questions unanswered – including the cause of the damage.