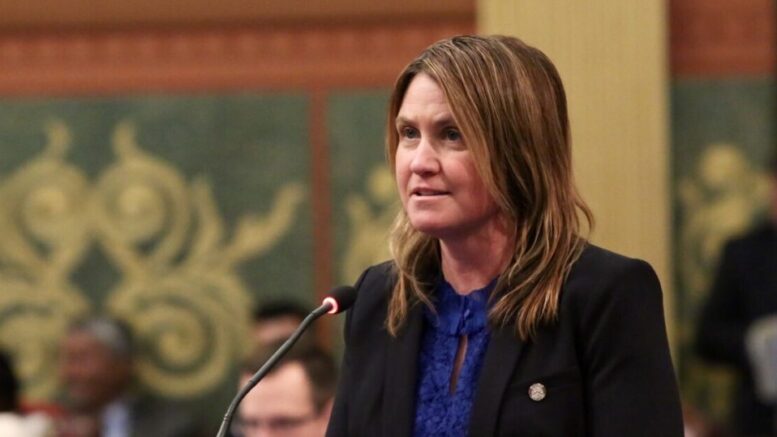 LANSING — The director of Michigan’s Unemployment Insurance Agency said Wednesday the state will “dramatically” improve people’s ability to reach staff over the phone, but was less definitive about when physical offices will reopen.

The state will begin shifting workers’ focus to the phone lines next week, said Steve Gray, the director of the agency, which has faced criticism for being overwhelmed by unprecedented filings during the COVID-19 pandemic. He made the comments Wednesday during a hearing of the Joint Select Committee on the COVID-19 Pandemic, an oversight panel that features lawmakers from both the Michigan House and Senate. Representative Sara Cambensy had the following to say:

“Opening the phone lines back up were one of the two things we asked for when we sent an official letter to Governor Whitmer and UIA officials and testified last week on behalf of our constituents. People waiting for benefits need to be able to get through to someone on the other line at the unemployment agency who can actually go in and fix their non-monetary issues quickly. While I’m still pushing for the reopening of regional UIA offices for pre-scheduled appointments on more complex cases, this will make a big difference in clearing the backlog of unresolved cases.”

Gray said the state is working on a reopening plan for the offices, but he didn’t give a specific date and noted that the Secretary of State already had an appointment system in place, unlike the unemployment agency.  Kentucky opened its offices too early and had 10-hour lines, Gray added.

Rep. Cambensy said there are many ways reservations for the department could be handled, many in which her legislative staff have offered as ways to help streamline the process with greater efficiency.

“The current UIA software allows you to categorize cases by what type of claim they have. For people who have simply pressed the wrong button or answered a question wrong, absolutely, resolve those non-monetary cases by phone. These are half of the backlogged cases.” Cambensy went on to say, “Then, take the other half and start plugging those into in-person appointments.”

Cambensy remains adamant that just because the current UIA software doesn’t automatically set up a calling list for a employees doesn’t mean they can’t use what they have to set up their own list and more quickly clear unresolved cases.

“Instead of spending the time behind computer screens while our legislative offices have become UIA call center answering services for constituents, pick up the phone. Talk to these folks. Resolve cases and clear your backlog. This doesn’t have to be so hard.”

The longer the agency puts off person-to-person contact, the worse the backlog becomes. Cambensy said with only 8 percent of statewide residents not receiving their benefits and over 2,200 state UIA employees working to resolve cases, there is no excuse anymore.

“We’ve hired more people. We’ve put millions of statewide resources behind the agency. Legislators aren’t denying the unprecedented number of cases, but we are saying it’s time to reassess, pivot and be more efficient. People need their money.”

With the resources there, Cambensy hopes the UIA agency will put the shoe on the other foot.

“If it were their money being held up, they would want the state to find the most efficient way to get it to them. This wait time would be unacceptable.  If all of us as state employees and elected officials treated this issue like our money at stake, we wouldn’t be having this conversation.”

McBroom, Cambensy respond to State of the State Address