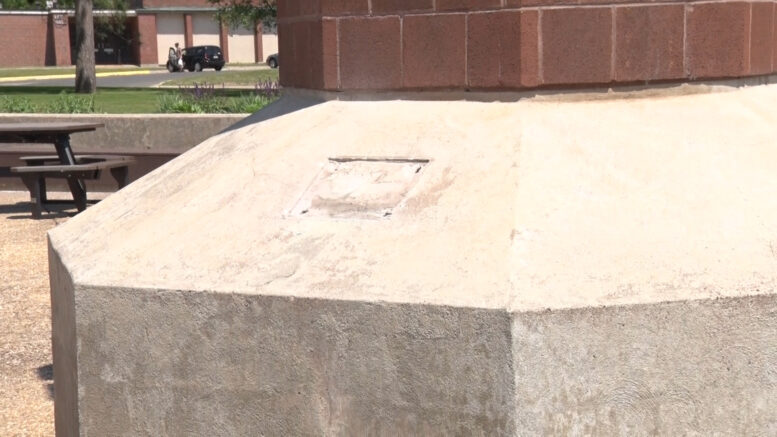 MARQUETTE — Northern Michigan University has removed a plaque from its campus that honored a controversial figure.

The plaque commemorated the construction of the Carillon Towers and former NMU charter member John P. McGoff, who donated $300,000 to the university in 1978.

Calls to remove the plaque came in the form of an online petition, which gathered over 1,200 signatures.

“The existence of a plaque, a small plaque on those towers just outside the Northern Center, that came to light because of this petition,” said NMU’s Chief Marketing Officer Derek Hall. “No one really knew the name on the plaque and its connection to the ’80s. It was an easy decision. There were no written agreements existing, so we removed the plaque.”

The controversy surrounding John P. McGoff comes from his ties to apartheid South Africa, and his position as president of a media conglomerate, Panax Corporation. McGoff strongly opposed economic sanctions against South Africa.

He allegedly accepted $11 million from the South African government, in an attempt to purchase large newspapers, which would report favorable stories about the apartheid regime. McGoff was also charged by the US government in 1985 for being an unregistered agent for South Africa, although he was acquitted the following year.

The money donated was used to fund the McGoff Distinguished Lecture Series, which hosted notable speakers such as President Gerald R. Ford. Holocaust survivor and Nobel Peace Prize recipient Elie Wiesel was invited to speak at the series, but declined after receiving letters in reference to McGoff’s connections.

NMU distanced itself from McGoff when it returned the donated $300,000 in 1988, and again by removing the plaque.