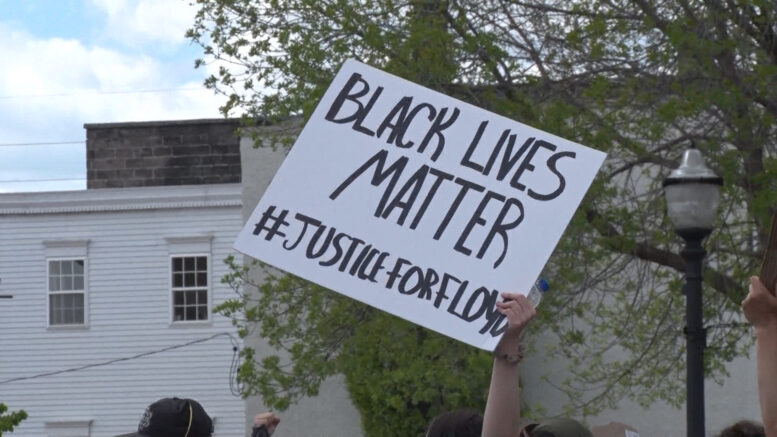 MARQUETTE — As protests in Marquette grow, the Marquette City Police Department offers their thoughts and updates on the situation.

Crowds gathered over the weekend in downtown Marquette to protest the death of George Floyd in the hands of the Minneapolis Police Department.

While the Marquette Police Department recognizes the right to protest, their number one priority is to keep everyone involved safe.

“I believe that everyone has a right to protest,” said Captain Mike Laurila, Patrol Captain for the Marquette Police Department. “They’re doing it peacefully, and I hope that continues. Our objective at the police department is to make sure that everybody is safe, and that it’s handled as peacefully as possible, and obviously that no one gets hurt.”

Similar protests around the country have escalated into violence and rioting, sometimes calling in the National Guard for assistance.

To prevent this from happening in Marquette, communication between the police department and protesters is key.

The Marquette Police Department has been in contact with the protest organizers, who all are on the same page in regards to keeping the protests peaceful and transparent.

Two-vehicle accident leaves one in hospital