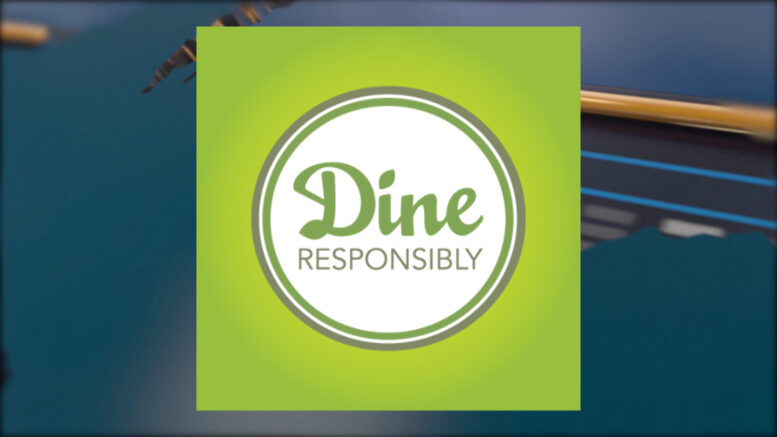 MARQUETTE — One NMU Dining Services employee came up with a creative way both to save the university money and to practice sustainability.

When Northern Michigan University changed the University Center to the Northern Center last fall, the Dining Services name and logo changed with it. As Simply Superior Catering became NMU Dining Services, the staff was no longer able to use their old uniforms.

That is, until Employment Operations and Training Manager Theresa Hamari–better known as “T” around campus–came up with an idea.

“Originally they were going to just throw those shirts away, which I couldn’t bear because it’s been brought to my attention by some of my friends that are in the fashion industry how damaging the constant manufacturing of fabrics is,” said Hamari. “So I started doing some research on how to cover embroideries, and the idea came of a patch.”

Hamari presented an estimate of what the cost would be to have patches made for the current uniforms by a company here in the U.S. to the Dining Services senior administrators, who thought it was a great idea.

By upcycling the Simply Superior uniforms, the university will save approximately $9,000 that would have been spent on new uniforms. Not only does this solution save money, but Hamari says it is in agreement with 4 of the NMU core values–community, creating connections, innovation, and environment.

Hamari reached out to the community for help sewing the patches onto the uniforms. NMU alumna Michelle Gill agreed and took on that part of this sustainability effort.

The Hamaris are ready for Dancing with the Stars