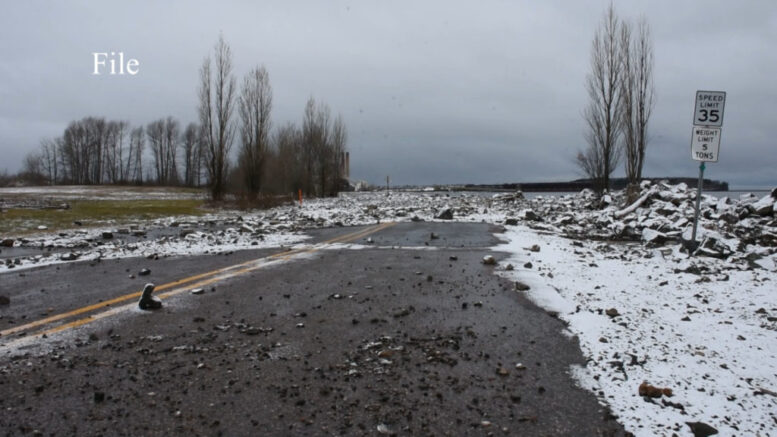 MARQUETTE — With increasing questions and concerns regarding the shoreline of the Great Lakes, Marquette County has officially requested a declaration of a disaster area.

Increasing water levels and erosion, along with damaged infrastructure and other issues have lead the Marquette County Board of Commissioners to formally request that the Great Lakes shoreline be declared a disaster area.

Fixing these issues is expensive, so the Board of Commissioners is also requesting monetary assistance, from both the state and federal levels.

“We’ve been considering a resolution because of all the tremendous damage that’s been done on the shoreline here in the city of Marquette and all around the Great Lakes,” said Gerry Corkin, Chairperson of the Board of Commissioners. “In many communities there’s hundreds of millions of dollars worth of damage to the infrastructure, and we’re asking the board and asking the governor to declare a state of emergency to help some of these local communities.”

The resolution passed unanimously, and will be sent to all 83 counties in Michigan, along with UP state and federal representatives and senators, as well as governor Gretchen Whitmer.

Water levels are expected to be raised as much as a foot once snow and ice melt during spring, putting more strain on the shores and the counties trying to preserve it.