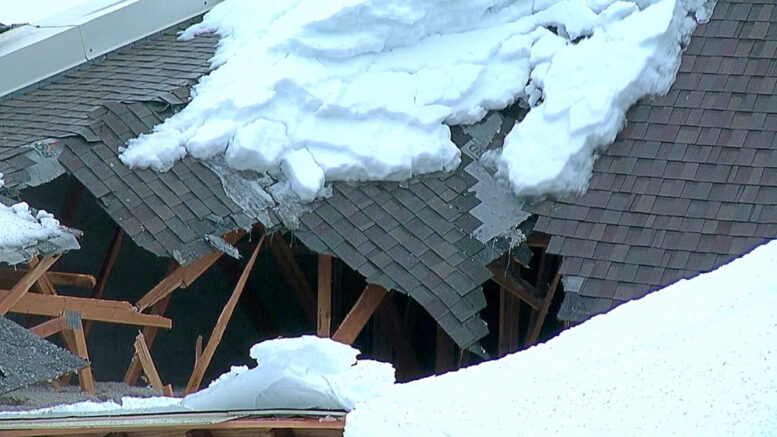 MARQUETTE COUNTY — It’s easy to notice snow piling up in the driveway and along the side of the roads, but another place snow can pile up quickly is on rooftops.

Snow buildup on the roof a building can cause a great deal of damage. Many homes experience leaks in the winter, and roofs sometimes even cave in if the snow becomes too heavy.

William Hill, General Manager of Stonehouse Window & Door in Ishpeming, says that ice dams are the most important things to watch out for during these colder months.

“The biggest problem with people’s roofs this time of year is ice damming,” said Hill. “When you start to see ice on your roof, it’s pretty important to get it off. What happens with an ice dam is it holds water actually on your roof. So many people are seeing leaks in their homes because of the ice dams, and also because of the weight.”

Hill says that due to the amount of sleet we’ve gotten so far this season, many homes that don’t normally experience ice damming might experience it this year. Having professionals from an organization such as Stonehouse come to get the water off of roofs now could save homeowners from a hazardous and costly issue down the road.

“We’ve had a lot of rain and sleet, and that has actually caused some natural ice to form from the weather,” said Hill. “So houses that haven’t experienced ice in the past might see some ice. Lots of times it’s not thick, but once it starts to get thick you’ve got to get rid of it. And you can’t always hit it with a sledgehammer, so we’ll make troughs for the ice to melt so the water can run off. If an ice dam is big enough it will hold a lot of water on the roof. And roofs are made to shed water; they’re not made to hold water.”