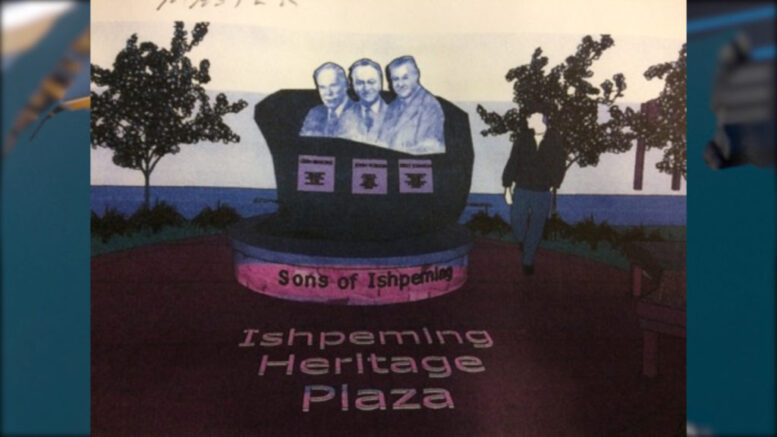 As Ishpeming mayor Mike Tonkin explains, it’s a great way to recognize the contributions of these notable people.

“It’s time we finally recognize these people,” said Tonkin. “These people come right from town, and it’s time to say, ‘thanks,’ and recognize them for being from this town. It’s quite an honor for us to honor them finally. It’s going to be spectacular as far as really being able to show your appreciation to these sons of Ishpeming.”

The memorial would be located along Hematite Drive, between 1st and 2nd streets.

Although the initial design of the memorial might be tweaked, the site will include bronze busts of each person on top of what will be called “Ishpeming Heritage Plaza,” a 20 foot in diameter colored concrete platform.

The project will be funded by donations, and is tentatively expected to be completed at the end of June, weather permitting.