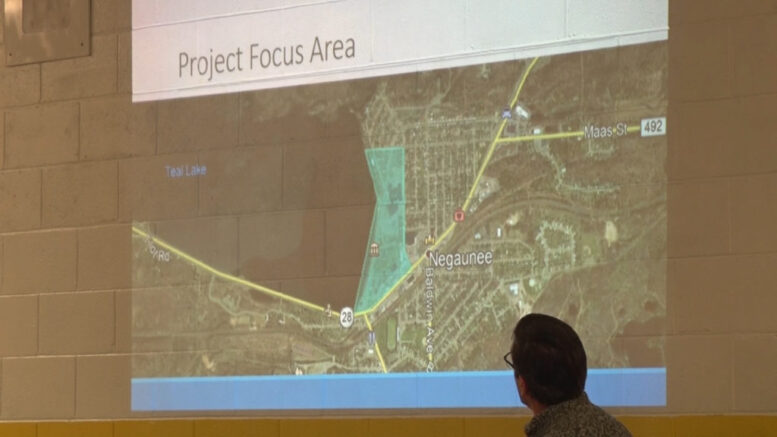 NEGAUNEE — The coast of Teal Lake is on its way to getting some improvements.

Michigan State University Extension, along with the Michigan Climate Health Adaptation, MSU School of Planning, Design and Construction, the Sustainable Built Environment Initiative and the MDHHS are teaming up to reimagine the coastline of Teal Lake.

The project, called the Marquette Area Climate and Health Adaptation Project (or MACHAP) focuses on climate and health adaptation in Marquette County.

“The end goal is to put together a vision for this area that has consensus for moving forward so that there can be some improvements that could lead to some grants and improvements of the Teal Lake area,” said Wayne Beyea, Outreach Specialist for Michigan State University. “This is a very unique project, and has received not only state but some national recognition in terms of the work that Marquette is doing for climate and health adaptation.”

Earlier tonight, the first of four steps was held, with members of the community gathering to give their input on how they view the shore now, and what they hope the shore will include in the future.

The project will be concluded in fall of 2020, when the final plan is implemented.

The Marquette Area Climate and Health Adaptation Project is now in its fourth year, with projects in the past occurring in Sawyer, Gwinn and other places in Marquette County.

MSU Extension showing off progress on north farm this Sunday