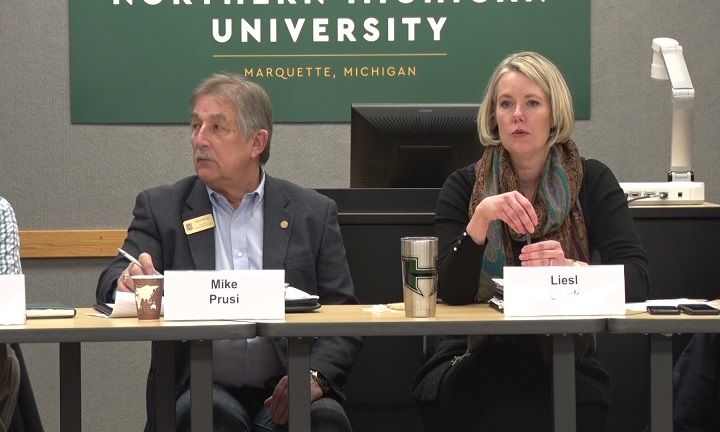 MARQUETTE — The U.P. Energy Task Force held a meeting at NMU’s Harden Hall where they continued the discussion of the UP’s overall energy needs.

The Task Force held the meeting to push forward and look at reliable, affordable and environmentally friendly energy for the U.P. The group held a public forum where they got a chance to hear from the public and was able to listen to concerns and ideas from the community. This helps the Task Force learn quality recommendations for the propane plan that needs to be submitted to the Governor Gretchen Whitmer by March 31st of next year.

“So we have two more meetings coming up in both February and March and then we will make a recommendation to the governor in March,” Liesl Clark, Director of the Michigan Department of Environment, Great Lakes, and Energy. “Then the second phase of the project starts which is looking outside of propane broadly to the energy challenges in the Upper Peninsula. So we really appreciate the input and looking forward to hearing more from everybody that is willing to participate.”

If you are interested in sending comments regarding the work of the U.P. Energy Task Force you can click here.

Flying high at NMU with the Michigan National Guard