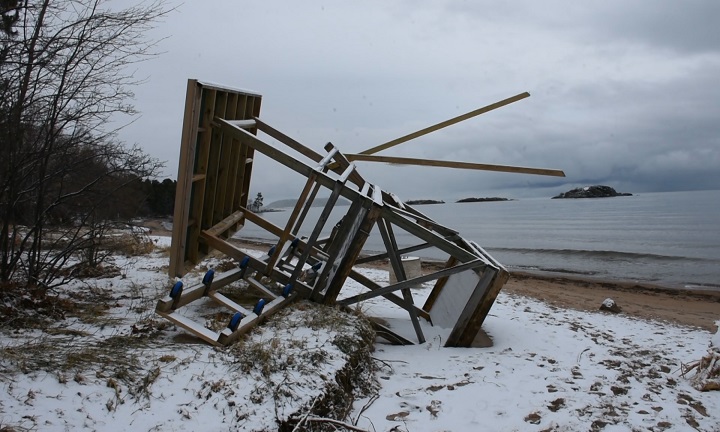 MARQUETTE — On Wednesday, November 27th,  Lake Superior saw an increase of wind and wave activity due to a winter storm. That storm heavily damaged Lakeshore Boulevard in Marquette. The storm brought in over 15 to 20 foot waves along the shoreline, which caused destruction to roads, parks and massive amounts of flooding.

Wind gusts reached between 8 to 17 miles per hour, according to the National weather Service. Since the storm left so much damage, the Mayor and City Manager of Marquette have been working on plans to repair the roads and structures along the shoreline.

City officials want to take a closer look on how they can prevent this kind of destruction across the lake shore. One said plan that is already in progress is the moving of a road that is continually discussed at city meetings.

“I do think that we need to have a better look at the whole lake shore from Presque Isle down to South Beach,” said Jenna Smith, Mayor of Marquette. “This is to make sure we know everything that we can do for the lake shore. At this point the city staff is doing a great job taking care of what we can.”

The city officials would like to let the public know that it is not safe to be close to the lake shore during winter storms.