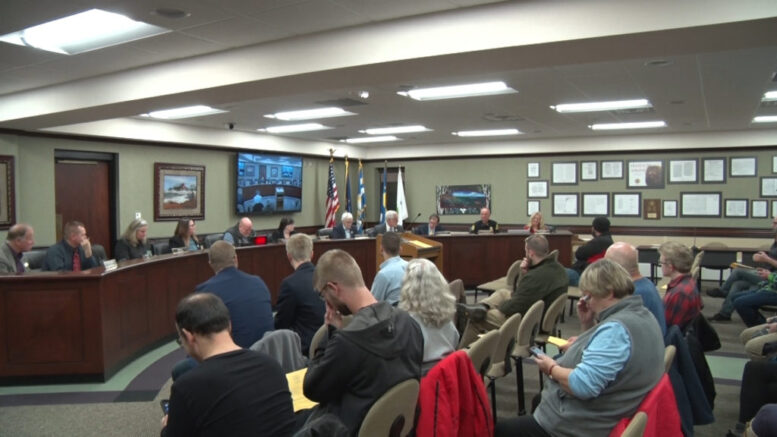 MARQUETTE — The landscape of Marquette politics has been shaken up a bit, thanks some fresh faces coming to the city commission and a new mayor at the helm.

Newly–elected mayor Jenna Smith says that while the job is a challenge, it’s one that she’s looking forward to bringing a new perspective to.

“It’s one of those things that I think I can bring a fresh perspective to the table,” said Jenna Smith, new mayor of Marquette. “I think [former] Mayor Stonehouse did a fine job this is nothing against him, I appreciate the leadership that he’s provided, but I think I’ve got a different take that can also be of help to the city. We would’ve been just fine with him continuing as mayor, but I am looking forward to taking on this challenge.”

Commissioner Jen Hill was elected as the Mayor Pro Tempore at the same meeting.

Commissioners Dave Campana and Sarah Reynolds stepped down after 6 years at their respective positions, while receiving special recognition in doing so.

Newly elected commissioners Evan Bonsall and Andrew Lorinser also took their respective oaths of office, who took the place of Campana and Reynolds.

Bringing the heat for a good cause