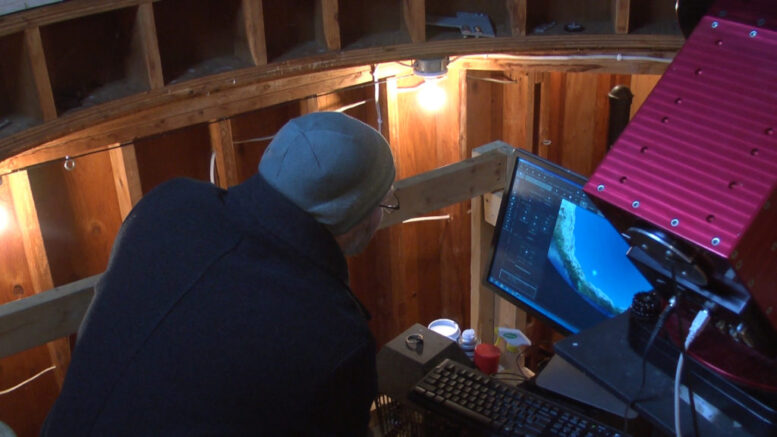 HOUGHTON — This is the peak time to catch a glimpse of a meteor shower moving across space. Michigan Tech is one of the few places in the U.P. that actually studies events like this.

It’s called the AMJOCH observatory and it’s been here for nearly 50 years. It’s named after the former Tech professor that built and donated it. Located in Atlantic Mine just outside of Houghton the massive dome houses a giant 16 inch telescope that gives you a prime view of the heavens on low cloud nights. It’s an ideal place to view the Taurid meteor shower that is currently passing over.

If you’ve ever seen a meteor pass over then you know it can light up a night sky completely. It’s usually enough to frighten unprepared drivers. The telescope can offer a different view showing the rock chunks burning up in the atmosphere at high speeds. The telescope at Tech costs about 10-thousand dollars and requires another 5-thousand to keep it maintained.

While some amateur telescopes can provide some space views this one has a computerized tracking device that has allowed the viewing of the moon, Saturn and Jupiter.

Tech engineering and physics professor Christopher Middlebrook says, “These targets are moving, you’re moving, you’re on the earth so having a tracking system that can automatically track so that you’re not constantly adjusting your telescope to keep things in the field of view.”

This year the Taurid meteor shower will be viewable on clear nights until December. The celestial phenomenon coincides with a full moon citing many are also waiting to get a glimpse of.