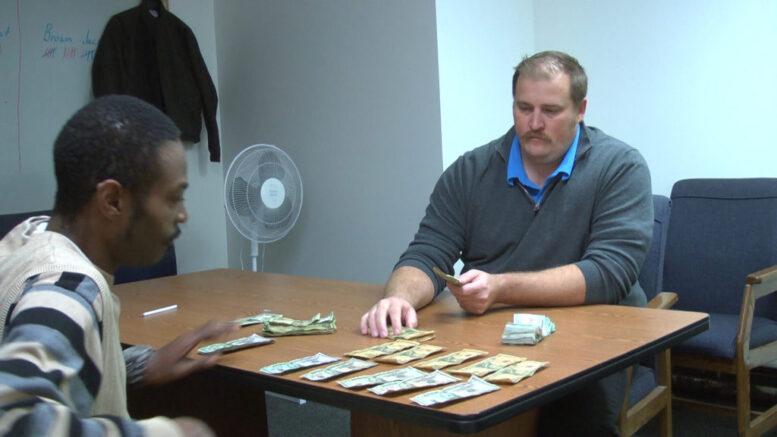 Houghton–You may want to check your wallets. Houghton county detectives say fake money has been circulating and the public is advised to be on alert.

Tuesday morning there is a table full of fifties, twenties, tens, even hundred dollar bills. Or at least what appears to be actual U.S. currency. Problem is it’s all bogus and police agencies across the county are warning about this new problem.

Turns out anyone can order what’s known as prop money on websites like Amazon. It’s only meant for on camera and film use. But, thieves have started passing the bills as real. At first glance, they appear to be the real thing. The only difference would be the noticeable feel. It’s smoother than real currency and has red or pink Asian stamping on each bill.

There have been two counterfeit complaints in Calumet since July. Both were instances of bogus bills being passed to local businesses. The same happened in Houghton this past December.

Joshua Saarenen is with the Houghton Sheriff’s department and recently helped prosecute a man for circulating fake bills. He says, “Several bills around the area were being passed and suspect was apprehended and arrested at that time.”

Detectives say the man they caught passing fake money to area fast food restaurants and super markets was prosecuted and has since served time. Officers say anything dealing fake currency is referred the Secret Service.

There are only two U.S. locations that are allowed to print money. That would be the bureau of engraving and printing in Fort Worth and Washington D.C. All coins are produced by the U.S. Mint in D.C. also.