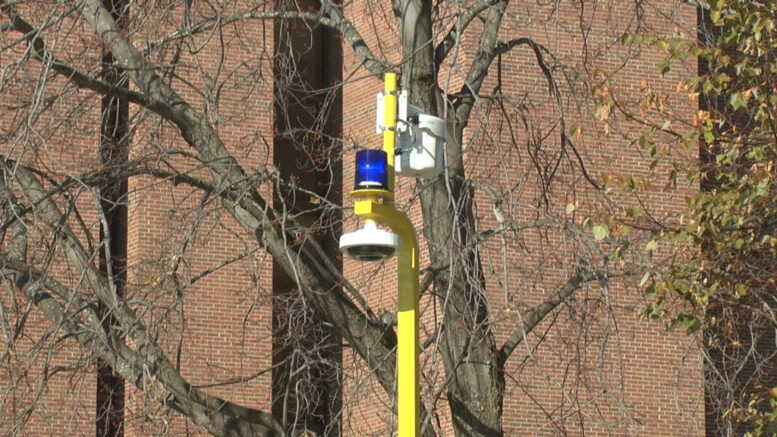 Houghton–At a time when some college campuses are getting rid of security for students Michigan tech is boasting about new equipment aimed at keeping students safe. They are not a new concept, but the equipment has been just replaced with the latest models. They are emergency call stations spaced throughout the campus.

In October Michigan Tech administrators received a grant to replace the existing phone and lights with news. The equipment has been credited with cutting crime down here and at campuses across the country.

Sam Gilles is a Michigan Tech freshman and says of campus security, “Especially at night there are a lot of people coming in and out of the library and there are a lot of dark spots on campus. Anything can happen even up in Houghton.”

The old equipment had started to fail. It was a chance campus police did not want to chance. Each tower has an emergency phone with single button use to connect to public safety and police services. Tech police say a total of five were installed.

Scott Ackerman works in the Tech I.T. department and says of the old phone system, “Some of the phones have been getting old and failing and some of them have been in hard to locate places.”

This update comes at a time when some emergency phones are being taken off campuses all together. Some say students prank call on them too much. Also, cell phone technology has changed the view of some campus police since students have means to call for help. But, for now they are staying at Michigan tech.