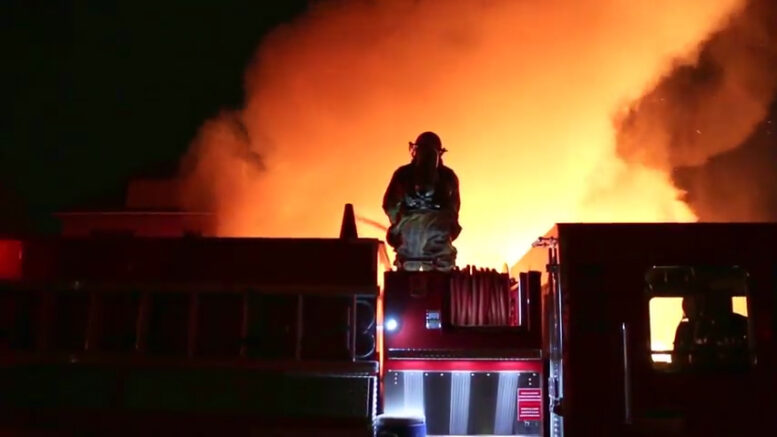 Houghton–It hasn’t happened in nearly thirty-five years, but Michigan residents are finally seeing brighter Octobers. It is a reputation Michiganders are happy to let go. Along with being home to some of the nation’s roughest cities, Michigan is also the only state in the union to ever have a problem with Devil’s night.

Randolph Nilson is familiar with the day and says, “On Devils night it would be the night before Halloween and that’s when people would go out and do mischievous things.”

At its height in the mid-eighties as many as 800 fires would burn across Michigan cities in one night. That could include both abandoned houses and cars, all for fun.

Sarah Lyle is horrified at the thought, saying, “Parents would want kids to be safe and not have to worry about different places setting on fire.”

So they renamed October 30th Angels night and as recently as 2017 Michigan emergency personnel would share the burden statewide, shipping fire fighters to known problem areas.

Buck Foltz is with the Houghton fire department and says, “We patrol every street in Houghton and help keep the kids.”

This year Houghton fire fighters are just handing out candy and watching children cross the street as it should be. They and others credit the ‘Angel night’ campaign launched by police and fire in recent years. They would stay up all night patrolling neighborhoods and by 2017 the number of fires was down to just 54 statewide.

The decline was enough for Michigan leaders to declare that both devil’s and angels night dead and a thing of the past. So they and children across the state can enjoy a much sweeter Halloween.