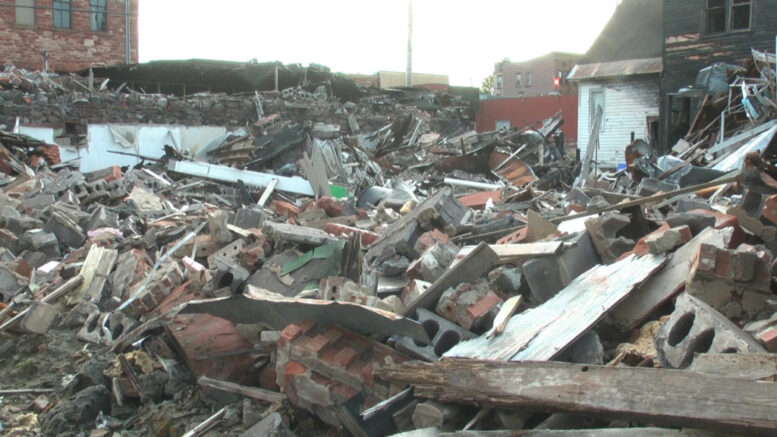 Calumet–Urban decay used to be a big city problem, but now some smaller towns and cities across Michigan are struggling with the same issues. The term blight used to be coined to describe larger cities like Detroit and Flint. Both had major decay after riots and declining economies ate away at neighborhoods. It’s now a problem in the U.P.

Joe Boulton is a Calumet resident and says of blight, “We got a few buildings collapsing, windows blown out of buildings. Yes it’s definitely a problem.”

Sometimes strong winds break glass in empty buildings here, the evidence on the sidewalk. He’s a Calumet resident and homeowner and admits he’s worried about his home’s value because there are abandoned houses near his property. Some are boarded up, others have broken windows. Bottom line it creates an eyesore and city leaders recognize it.

Timothy Gasperich is Calumet Supervisor and says, “Yes, it’s a problem, where there are homes with broken windows. Maybe no one’s been in the home for years.”

It’s one of the reasons why the Calumet City council agreed to move forward with a blight ordinance. They wanted old cars and trashy yards cleaned up, but admit there are also problems with old homes. They attribute the problem to a decline in mining work, smaller families, and a struggling economy. Empty homes are the biggest problem, but asbestos prevents some from being torn down immediately. Whatever the case city leaders have hired code enforcement officers to start writing tickets.

Going one block at a time, they hope to encourage new growth and construction in a more modern calumet. One that’s clean and fostering to new and existing residents.

Prom: a mission for angels