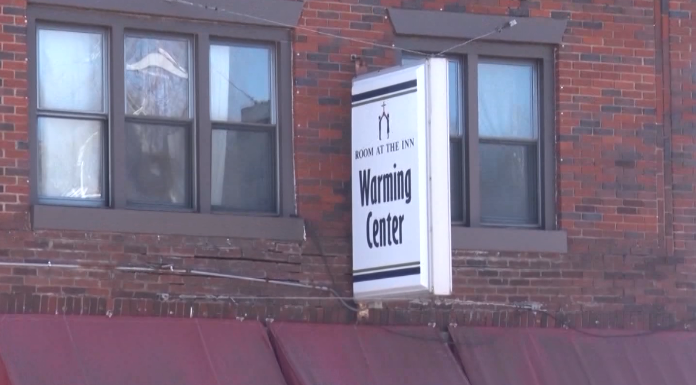 MARQUETTE — Some changes at one charitable organization is paying early dividends.

The Room at the Inn Warming Center, located in downtown Marquette, opened up for the season a few weeks ago, after implementing a new model for operations. These changes not only helps the warming center, but also organizations that assist in their work.

“The results of the new model have been really good,” said Nick Emmendorfer, Executive Director at the warming center. “The churches have reported that it’s been much easier, even despite the higher numbers. The church is having overnight staff, having the meals here at the center, and on top of that, we’ve taken on a lot of the paperwork and the administration work that goes into running the shelter, and we’ve put it on our staff. The volunteers have a much easier ahead of them for the churches.”

Some of the major changes brought in this year include partnering with the Salvation Army, which now serves lunch to the homeless.

This makes it easier for the warming center and partnering churches, since now churches don’t have to focus on serving dinner, and can shift resources elsewhere.

Volunteers now don’t have to stay overnight with the guests, because that duty has been moved to the staff at the warming center.

If you would like to volunteer at the warming center, you can find more information on their website here.

Volunteers needed at Room at the Inn