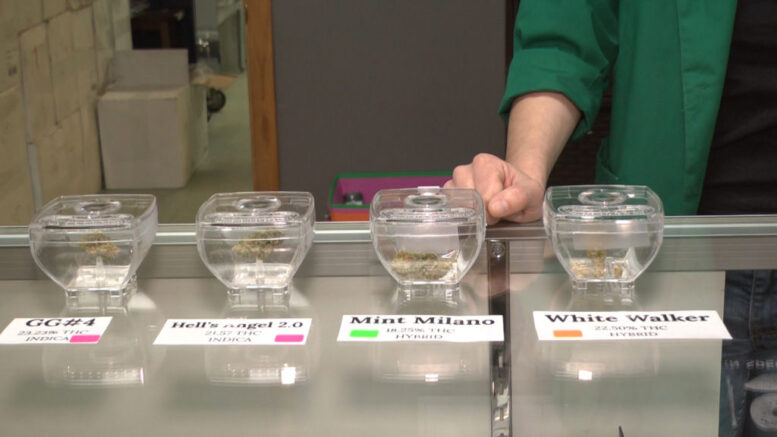 Hancock–Hancock is the latest U.P. city to reevaluate its policy on recreational marijuana use. A younger city council may be one of the reasons.

The city of Hancock is calling a public information meeting on November 7th to discuss the cities option to legalize the sale of recreational marijuana. Right now the city if basically divided.

Bob Dupont is for the legalization saying, “I think people should be able to make a choice for themselves. I just hate government regulating so many things they regulate.”

However, another Hancock resident who chose to only reveal himself as Mike has a different view saying, “No, i don’t think it’s going to cut down on crime. I think we’re going to get more crime.”

The city council is looking at possibly seeing the expansion of businesses like Northern Specialty Health in Houghton. Right now it’s the only medical supplier around. Hwre ‘bud ‘tenders as they are called offer both sociable and edible products. Traditional weed can run from 12 to 20 dollars. Edible gummies, even edible brownies can cost up to forty dollars.

Workers here say business is good and they see the divide as generational. Rob Scalitsky works at Northern Specialty Health and says, “I’ve seen people who are very open about it and I’ve also seen that there are people who prefer the privacy of it.”

He and the Hancock mayor pro tem would like to see the new law pass in Hancock. The 29 year old wants to see a new approach to drugs and crime. Something his peers may share. At least five council members are under the age of forty, suggesting times and views are changing in Hancock. But, they will let the people decide and want to hear views on November 7th.