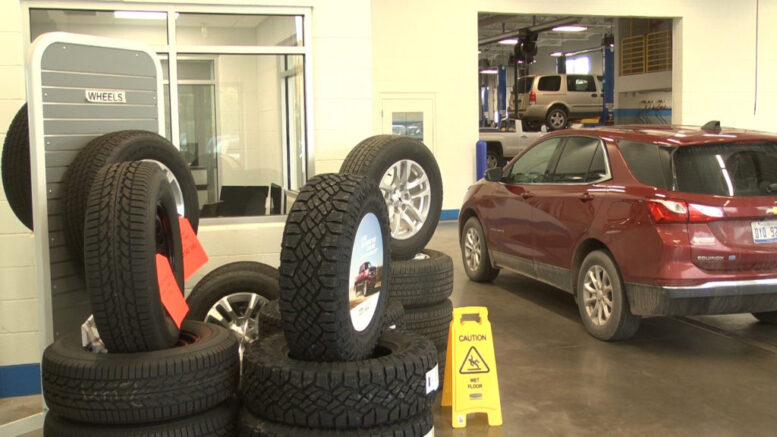 Houghton–General Motors workers are hoping the month long strike is just about over after a tentative agreement was reached yesterday. The U.P. may not be home to a General Motors factory, but this state is still considered G.M. country and is filled with dealers who make a living selling their cars.

Brandon Schlief works at Keweenaw Chevrolet and told us today, “Sounds like it’s going to be finished here in the next day or two. We’re waiting on some votes to come through and look like we’re nearing the end.”

UAW members agreed to meet Thursday to possibly vote on a tentative agreement. But, the ripple effects have been felt through the whole industry. The first thing customers want to know is if prices have gone up. Schlief says the pricing structure hasn’t changed a bit. We’re still working as a volume dealer.”

This Houghton dealership usually keeps about 150 new cars and another 80 used vehicles. They’ve been able to keep prices the same. The biggest change has come in the parts department. They spent thirty-five thousand dollars when the strike first hit updating the parts inventory, not knowing how long it would last. They got parts from other g-m dealers.

But, nothing last forever. Now a month in, they too are hoping the disagreement ends soon, before they are forced to make further changes too.

Company looking for nurses to fill in during strike