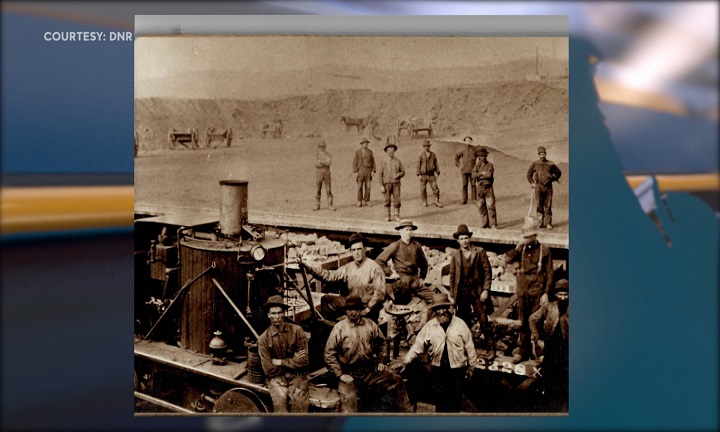 NEGAUNEE — The Michigan Iron Industry Museum in Negaunee has received $120,000 in funding from the Institute of Museum and Library Services to restore the Yankee, one of the oldest surviving steam locomotives in the United States.

The grant will cover the costs of conserving and restoring the vertical boiler locomotive, which was manufactured by Alexander Chaplin and Co. of Glasgow, Scotland, between 1862 and 1868. The Yankee is thought to be one of only three surviving Chaplin locomotives in the world.

“This is a really important locomotive that helped mechanize the iron mines,” said Suzanne Fischer, Museum Director from the DNR. “It was used to haul ore out of the mines in the 1860s. For years we have been trying to get some funds to conserve this really rare object and bring it back into the museum.”

The Yankee hauled six to 10 small, four-wheel ore cars, each capable of carrying 5 or 6 tons of ore, with a maximum speed of 10 miles an hour. The locomotive signified the coming of the industrial revolution to the Lake Superior iron mines that led the nation in production from the 1850s into the 1890s.
After being decommissioned, the Yankee resided outside of Cleveland-Cliffs Iron Company offices in Ishpeming for decades. It was donated to the state of Michigan on July 31, 1986.

Today, the Yankee is about 70% intact, and almost 60% of its parts are original. A recent historical report complete with conservation recommendations will guide restoration efforts.