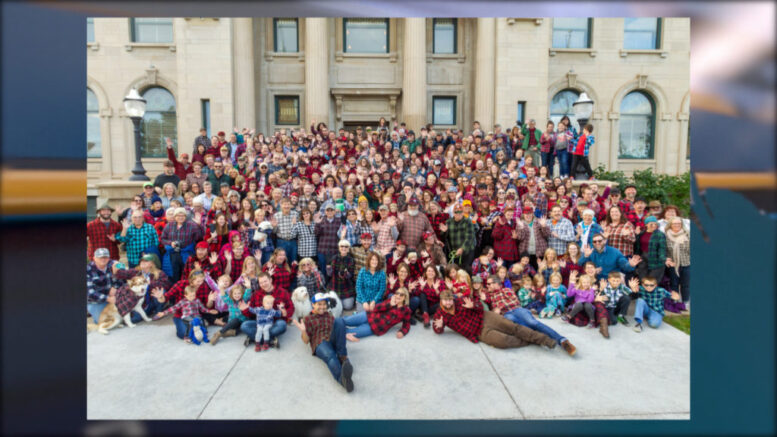 MARQUETTE — When one thinks of the UP, plaid and craft beer are sure to come to mind. Today, both of those came together.

Hundreds of people gathered in downtown Marquette for Plaidurday– a unique Yooper holiday that celebrates togetherness, and of course, everything plaid.

“It’s a classic, iconic pattern and color scheme of the UP,” said Bugsy Sailor, founder of Plaidurday. “From hunters to lumberjacks and the modern day, it’s been with us fora long time.”

The holiday was started after someone told Bugsy Sailor that he wore too much plaid. He responded by making the holiday to show off his Yooper pride.

One of the main traditions of the holiday is taking a huge group photo, which took place in front of the Peter White Public Library.

This year, the holiday was hosted by the Ore Dock Brewing Company, who debuted their new beer, called the Six Pointer– a collaboration effort with UP staple Stormy Kromer.

“Plaidurday is all about coming together and celebrating what unites us and showing support for one another,” said Lizzie Corser, events manager for Ore Dock Brewing. “So we’re really excited to celebrate Plaidurday, and show off the collaborative beer that we’ve brewed with Stormy Kromer.”

The event was also the exclusive debut of the Six Pointer, before being distributed state-wide for sale.

6th-annual Festival of the Angry Bear kicks off in Marquette

Rain or shine, Angry Bear to start on time