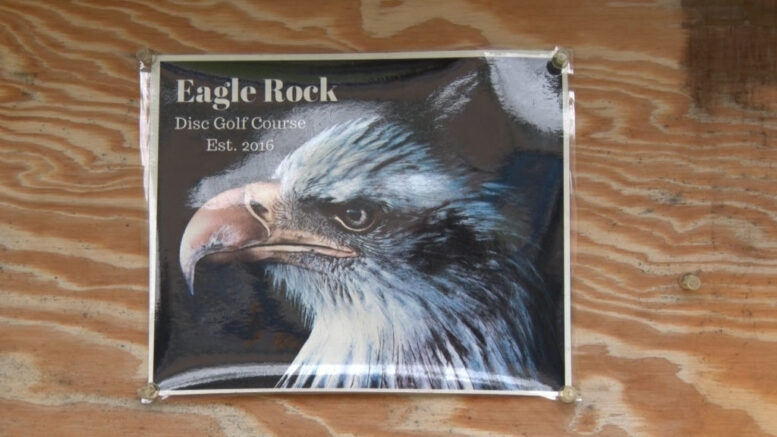 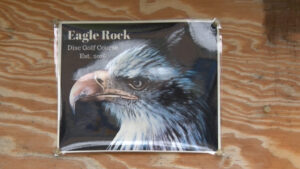 The clang of rubber hitting metal; that’s what you’re supposed to hear when finishing a hole in disc golf. However, for almost a month now, players at the Eagle Rock Course at Marquette Alternative High School had been hearing the thud of rubber hitting dirt.

One of the baskets at the Eagle Rock Course had been stolen, plucked straight from the ground, and taken from a course that was put together almost entirely by students and faculty at Marquette Alternative. All of this work done in the small forest behind the school in order to promote a more fun learning environment and provide a place for students and, really anyone in the public, to come and enjoy a round of disc golf.

Brian Prill, one of the teachers at Marquette Alternative, and one of the chief architects behind the Eagle Rock Course said “It’s really disgruntling to see someone take something that doesn’t belong to them, and to rob the community of a valuable asset. A lot of people use the course throughout the school day, after school, and on weekends. For somebody to come and take a basket for their own good is pretty discouraging.” One of his students, senior Logan Saarela, explained the discouragement the student body felt after learning of the theft. “It kind of put us in awe, because we didn’t really think it was possible and didn’t think anybody would. But in general, we were like ‘We can do this right, and we can do this better.’

However, this wasn’t this only basket stolen in Marquette County. In August, another basket at the Old Town Course in Negaunee saw one of its baskets stolen as well, before being returned practically in full barring only the bolts that hold up each individual part of the basket. Still, nobody knows who originally took the basket or why they returned it. “I have no clue, and I don’t know why anyone would do it” said Saarela. “I don’t know what they would do with a basket like this.” While Saarela may not have had any ideas as to what use the thief could have for the basket, Brian Prill shed some light on the situation “There’s money in it. [The baskets] are galvanized steel, so there’s scrap metal, but someone could also take this out to the woods just to have it for their personal basket. There is a greed or value there that perhaps [the thief] is chasing.”

With permanent baskets going for upwards of $300, it’s really incredible to see the community come together to raise the money in such a short time. “The community raised the money in a couple of days. The UP Disc Golf Association got the funds and the basket to us pretty quickly, so it’s encouraging to see that kind of support that quick” said Prill. Logan Saarela had a different point of view detailing how he believes the money raised for the new basket showed the decreased stigma the community has towards the school he attends stating “It showed great respect for the school. I know a lot of people think that this is just a school that nobody wants to go to, but it’s really community-involved and it’s a really great school.” The basket was officially replaced at approximately 12:30 p.m. on September 20th. Hopefully, this time, it’ll stay there for a much longer time.

Most courses in the UP are free to play for anyone. So, if we, as a community, want to see these courses maintained, it’s up to us to report any foul activity when we see it.