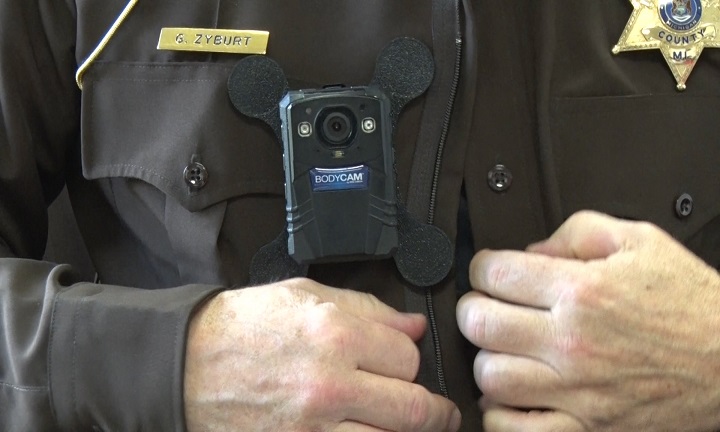 MARQUETTE COUNTY — The corrections officers at the Marquette County Sheriff’s Office will join the fleet of law enforcement officers who will be recording footage through body cameras each day.

The body cameras were purchased for the corrections officers a few months ago, but more recently the department was awarded a Risk Avoidance Program grant from the Michigan Municipal Risk Management Authority. The department purchased cameras for its 35 full-time officers and 8 to 10 part-time officers for a total cost of $33,148.

The grant was presented in the amount of $16,754 which reimbursed the county for half the cost of the cameras that were purchased. Not only will this benefit the safety of the officers when it comes to accusations of misconduct, it will also protect inmates from misconduct as well.

“It is a lot of times ‘he said she said’ and I think people will think twice if they know they are being video tapped,” said Sheriff Greg Zyburt, Marquette County Sheriff’s Office. “You know before they assault or that type of thing. So the biggest thing for us is safety. This will basically protect the officer or the inmate if the officer did do something wrong.”

The body cameras have video, audio and night vision capability, can take pictures, have an LED display screen on the back. These cameras also have a battery life of 12 hours which is the duration of a corrections officer’s shift.

The cameras are worn on the front of the officer’s uniforms via a clip or powerful magnets.