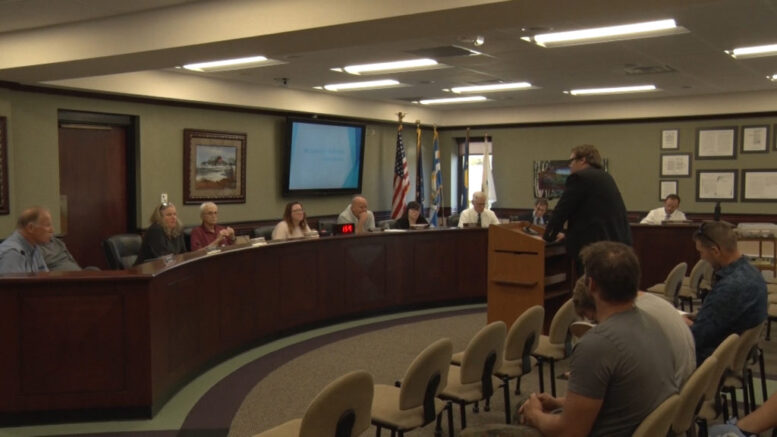 MARQUETTE — The city of Marquette may be one step closer to adopting a city ordinance that would legalize recreational marijuana facilities within city limits.

The city commission held a work session meeting earlier tonight, to work out how the city wants to approach a city ordinance that would expand recreational marijuana in Marquette.

“When the city opted out of recreational marijuana, we did so with the full intention of opting back in, once we had a document put together to control its use in the city,” said Fred Stonehouse, Mayor of Marquette. “And we now have a drafted document. So the step for us is to look at that draft document, do discuss it, analyze it, and do that among the commissioners so we understand what we’re doing and how we’re doing it.”

Many topics were brought up, including how many retail facilities should be allowed in the city, and if growing areas should be allowed. Many of the topics wrapped into the city’s zoning code, which is currently going through amendment processes.

Concerned citizens also attended the meeting, to voice their concerns over things such as quality control of marijuana, and hypothetical effects the facilities might have in the area.

If both the ordinance and zoning amendments follow their respective schedules, they could take effect December 26th.

A hearing on the ordinance will be held on September 30th, during one of their regular meetings.