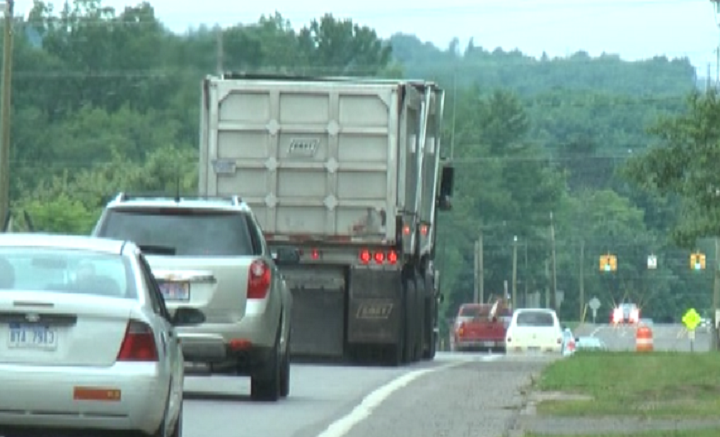 MARQUETTE COUNTY — Labor Day weekend is always the last celebration in summer and it tends to bring families and groups up to vacation destinations like the U.P. This also brings a lot of people out to celebrate and enjoy the last few days of summer before heading back to work and school.

During these celebrations there tends to always be a lot of drinking and fun activities. Although, when it comes to alcohol visitors and locals need to remember to always be responsible when drinking.

“We want to make sure that people drive sober, because again if you’re not sober you’re going to get pulled over, and it’s zero tolerance,” said Michigan State Police Trooper Stacey Rasanen. “You will go to jail. So we want to remind people, we have the last few days of summer, that they enjoy it, and they do it with family and friends, but that they don’t put themselves in a position where they’re going to hurt other people on the road.”

Drivers are considered to be alcohol-impaired when their blood alcohol concentrations (BACs) are .08 grams per deciliter (g/dL) or higher. Officers across the U.P. will be having increase patrols during the Labor Day weekend always on the lookout for anyone breaking this law among others.

“Labor Day weekend, celebrating the end of summer, we’d like to see people celebrate it safely,” said Daniel T. Willey, Undersheriff of Marquette County. “We are going to have extra patrols out and we are going to be enforcing any impaired drivers that are out there.”

“Last Labor Day weekend there were twelve fatalities,” said Undersheriff Willey. “About half of those accidents involved alcohol. I think in 2017 there were fifteen fatalities. So we’re hoping to reduce that number and make the road safe for everybody traveling.”

Not only is drunk driving an issue during holiday weekends, but Marquette County has a lot of construction going on as well. It’s good to keep an eye out for workers doing their jobs and to watch for changes in the speed limit.

“What we’re seeing in our area is that we have construction zones in a lot of them,” said State Trooper
Rasanen. “And also we have increased traffic. “So we want to remind people to be mindful of those construction zones, to slow down, and pay attention to their speed.”

The law states that penalties of up to one year in prison for injuring and up to 15 years in prison for killing a highway construction or maintenance worker. It also imposes a maximum penalty of $7,500.
While for a Drunk Driving offense has a multitude of possible fines, jail time, and even including the suspension of a driver’s license. For more information on the penalties of drunk driving and laws protecting construction personnel you can click here.