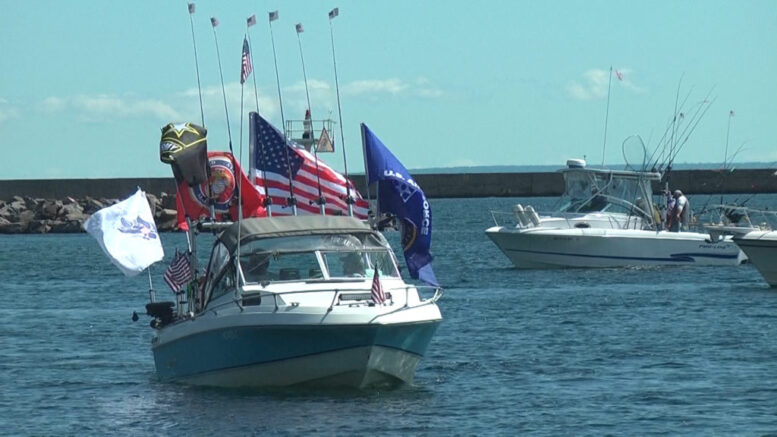 MARQUETTE — Over the weekend, veterans got a chance to get out on the water and catch some fish. Then they got to show off their catches in a boat parade.

Hosted by the South Shore Fishing Association, the Veterans Fishing Day Boat Parade took place Saturday afternoon at Mattson Lower Harbor Park. Families, friends, and spectators came out to cheer on the veterans as they rode by. The veterans were also given a special reception after the parade.

“We went fishing out on the boats for South Shore Fishing Association,” said veteran Michael Carpenter, who served in Afghanistan from 2013 to 2014. “On my boat we caught four fish. I think it’s really awesome that they do that to help out the vets and for the vets to get out and enjoy going fishing.”

The boats paraded around Lower Harbor Park for about an hour. There was a great turnout by the community, and veterans said they were grateful for the opportunity to have some fun on the lake.