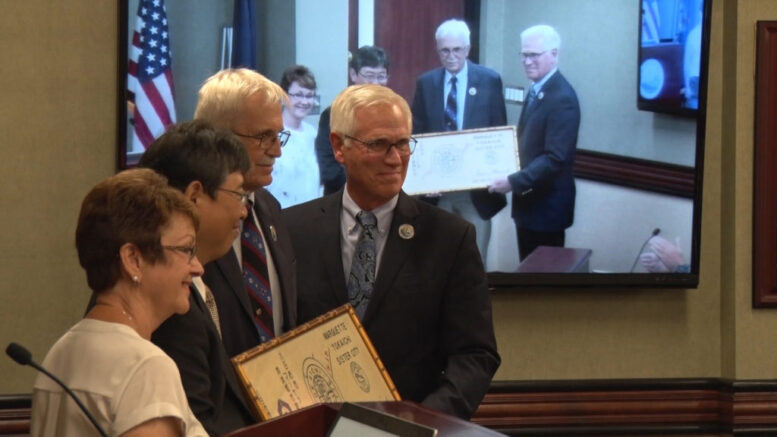 MARQUETTE — International accord and understanding is an extremely important concept.

Marquette celebrated 40 years of harmony with its sister city, Higashiomi, Japan, by recognizing various grassroots and exchange programs between the two cities.

“Higashiomi and Marquette has 40 years of relationships,” said Tsutomu Nakagawa, Consul-General. “[It has been] very friedly and very extraordinary. Those people-to-people exchanges and grassroots exchange are the base of the bilateral relationship as a whole.”

To commemorate the feat, Marquette Mayor Fred Stonehouse was presented a gift from the citizens of Higashiomi.

In addition to celebrating 40 years of good will, Marquette and Higashiomi also celebrated the 40th exchange student to attend Northern Michigan University, thanks to the exchange programs both cities participate in.