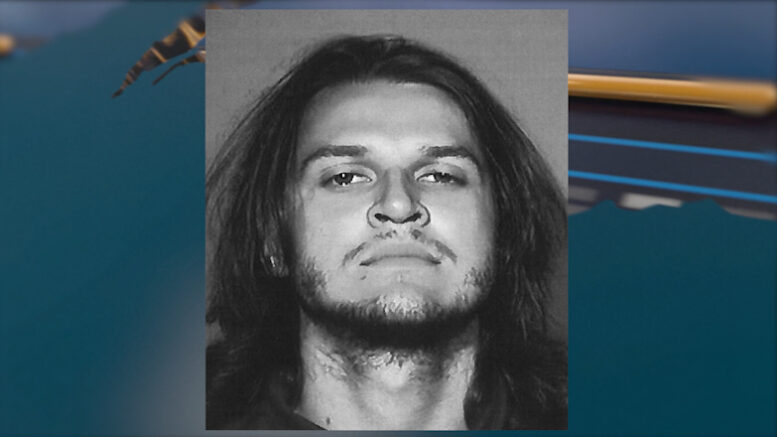 MENOMINEE TOWNSHIP — On Friday, August 2nd, at approximately 4:17 p.m., Deputies from the Menominee County Sheriff’s Office, along with Menominee Police Department Officers and Troopers from the Michigan State Police responded to a 911 dispatch to N795 CR 577 in Menominee Township for a motor vehicle assault against a pedestrian.

Witnesses reported to law enforcement officers that they observed 23-year-old Ryan Joseph Philipps, of Menominee Township, intentionally drive at and run over 23-year-old Devon Scott Barley with a red Honda Pilot SUV. This incident occurred after an argument over a $140.00 debt.

Witnesses specifically reported that they observed Philipps leaving the paved driveway and driving on to the front lawn of the address, and intentionally striking Barley with the front of the SUV, and running him over. Witnesses also said that Philipps  then fled the scene in the SUV.

Barley was transported to Saint Vincent’s hospital in Green Bay and remains in intensive care after a 5-hour surgery for a broken femur, broken ribs, multiple traumatic wounds, and a bruised lung. Once he is in stable condition, he will have to have more surgeries to repair ankle and shoulder injuries.

Philipps surrendered to the Sheriff’s deputies at the Menominee County Jail on Sunday, August 4th, at approximately 6:52 p.m. He was booked on charges of assault with intent to murder as well as attempted murder, and is being held on a $250,000 cash or surety bond.

The vehicle used in the assault was recovered by deputies and has been impounded as evidence.

Philipps was arraigned on Monday morning in the 95A District Court, where Judge Jamo upheld the bond.

The investigation is still ongoing, and Menominee County Sheriff Kenny Marks is asking anyone with further information to contact the sheriff’s office at 906-863-4441 or to leave a tip with Crime Stoppers of Marinette County at 1-800-427-5857 or 1-715-735-5111. Tips can also be submitted at www.tipsubmit.com or by texting “Marinette” plus a message to 274638 (Crimes).