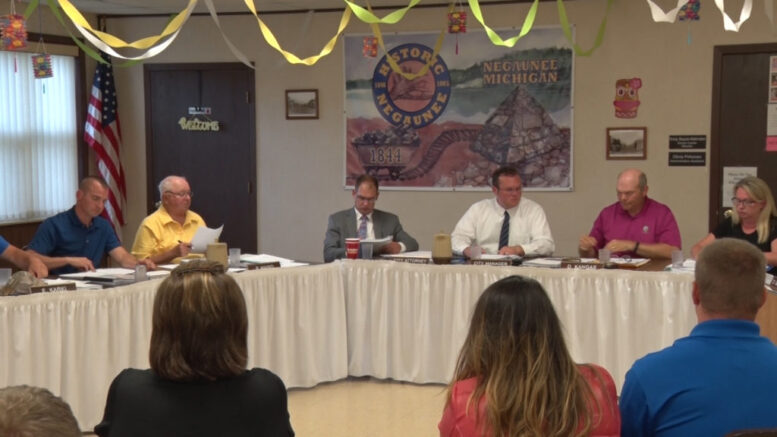 NEGAUNEE — The Enbridge Line 5 Pipeline is a very divisive topic; however one town has voiced their support for the project.

In a city commission meeting held earlier tonight, the Negaunee city council voted and approved a letter to be sent to Governor Gretchen Whitmer, supporting the Line 5 pipeline, while also addressing their biggest concerns.

“Currently, right now, we’re concerned with if we can’t heat our homes, will people stay,” said Nate Heffron, Negaunee City Manager. “What businesses will be able to function here? To be frank, we may see a mass exodus  if that line were to come down. Several years ago there was a disruption in the propane industry in the Upper Peninsula, and that caused prices to skyrocket. Now just imagine if we didn’t have the amount of propane that we need all year long.”

Other major concerns the city commission had included the environment, and economy for the region.

The Negaunee city commission also encourages other cities and municipalities to follow a similar decision.