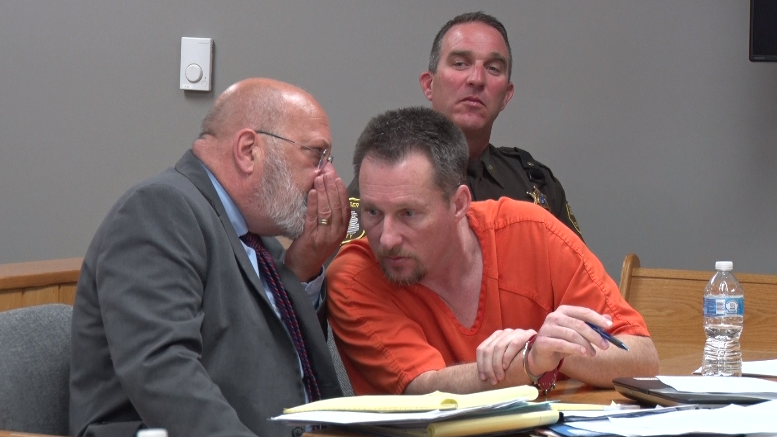 MUNISING — The preliminary hearing in the case against Jason Sadowski began Tuesday morning in Alger County District Court. Sadowski was arrested on the charge of homicide – open murder on June 7th following the investigation of a suspicious death that took place on May 30th in a home on Munising Ave.

That death was revealed to be 58–year–old Timothy Mozader, who was Sadowski’s roommate.

Alger County Prosecuting Attorney Robert Steinhoff called 8 witnesses to the stand throughout the several hours in court including the police officers who began the investigation, various people who had interacted with Sadowski on the 30th of May, a digital forensics analyst, as well as the neighbor who had discovered Mozader’s body.

While the autopsy report had not been completed at the time of the trial, it was revealed in court Tuesday morning that the initial investigation found that Mozader had suffered from severe damage to his head and face.

Sadowski was first questioned at the White Pine Lodge in Christmas the night the body was discovered, where he had a cut on his face, and one on his hand that also had some swelling. Witnesses that interacted with Sadowski earlier in the day said those injuries were not there, but Sadowski told the investigating officers that he had sustained those injuries the previous day.

He also told the officers that after being dropped off at the residence where he and Mozader lived, he did not enter the house but instead walked down to the Falling Rock Café and then to Family Dollar, where there was video surveillance showing him enter the store, and then to a different residence to meet someone there before heading to the White Pine Lodge.

ABC10 will continue to follow this story as is progresses.

Retrial has lead to an open federal investigation

Sadowski back in court

Sadowski pleads not guilty to homicide, trial set to begin in August