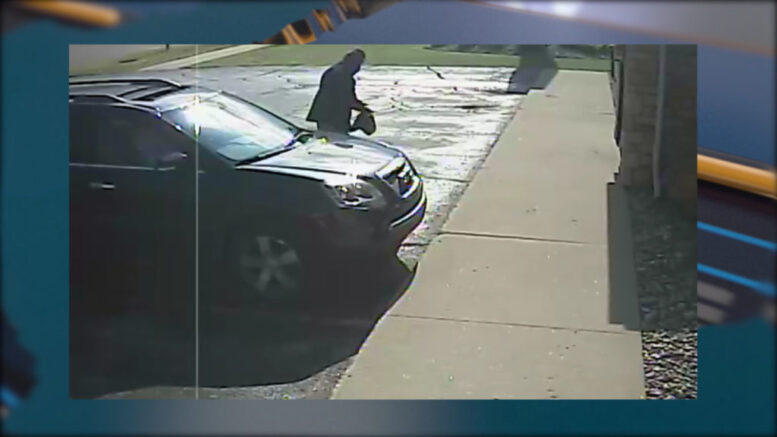 ESCANABA — On July 5th at 5:53 p.m. Delta County Central Dispatch responded to a call of a male suspect dressed in all black with a mask and a gun attempting to gain entry into the United Federal Credit Union.

The building was secured after the business closed for the day, but there was one employee still inside.

The suspect was described to police as 6’2 and between 230 to 250 pounds, wearing jeans with a black coat and hat, while carrying a handgun.

The suspect’s vehicle is described as an older model GMC Acadia with either a blue or black body, and a sunroof.

Anyone with information is asked to contact Escanaba Public Safety by either private message on Facebook, or by calling (906) 786-5911.