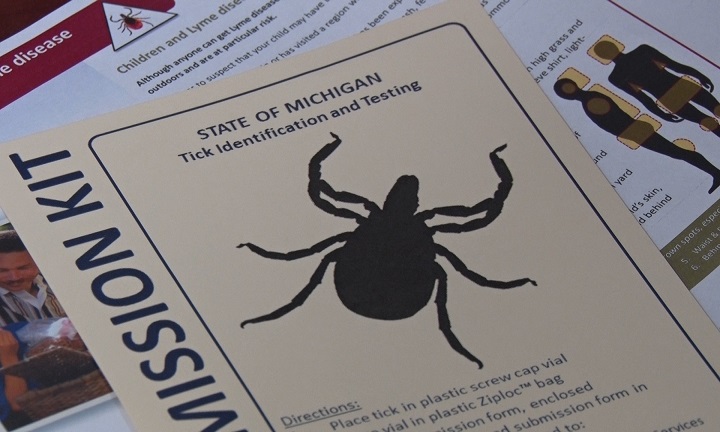 MARQUETTE COUNTY — Tick exposure can occur year-round, but ticks are most active during the warmer months which are between April-September.

Ticks can also carry some diseases as they jump between hosts and feed on the blood of each of them. Many tick-borne diseases can have similar signs and symptoms as well.
One common disease for ticks in the Midwest is Lyme disease.

Typical symptoms include fever, headache, fatigue, and a characteristic skin rash called Erythema migraines. If left untreated, infection can spread to joints, the heart, and the nervous system. Lyme disease is diagnosed based on symptoms, physical findings, and the possibility of exposure to infected ticks.

Now it is common for Lyme disease to be found in the state but luckily Marquette County has not seen much activity of infected ticks.

“We do occasionally see cases of Lyme disease,” explained Jolene Spencer, RN Public Health Nurse. “In 2018 in the state of Michigan there were 305 confirmed cases and that would be lab confirmed. Cases in 2019, we have had 138 cases, in the state and in Marquette County we have had only 1 case.”

Tick-borne diseases can result in mild symptoms treatable at home to severe infections requiring hospitalization. Although easily treated with antibiotics, these diseases can be difficult for physicians to diagnose.

However, early recognition and treatment of the infection decreases the risk of serious complications.