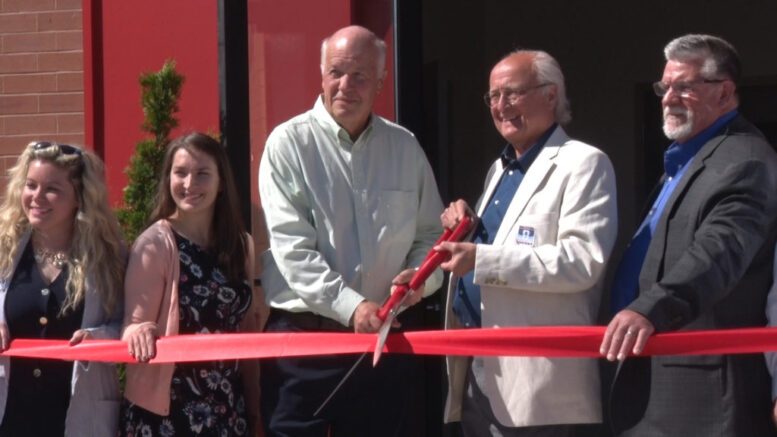 MARQUETTE — Looking for an apartment with a beautiful view of both Lake Superior, Marquette, and the hills towards the south? Well, you’re in luck.

One Marquette Place held their grand opening earlier today, and members of the public got the chance to see Marquette in a new, unique way.

“It’s a perfect location,” says Barry Polzin, chief architect and business partner. “You’re right on the edge of downtown, and you’re right down here on the water. This used to be Lake Superior, and it was filled in during the 1860’s. It’s a brownfield site, it was a lot of extra work to build on it, but this location is just unbelievable. It’s such a great location in Marquette, it’s a great spot to look at Marquette from.”

One Marquette Place, which was originally designed 5 years ago, stresses the idea of being a green building.

Features include an elevator that powers itself, individual ventilation systems for each room, extra insulation for increased privacy, among many others.

For more information on the apartments, visit their website at OneMarquette.com

Sneak preview of One Marquette Place

Updates on One Marquette Place