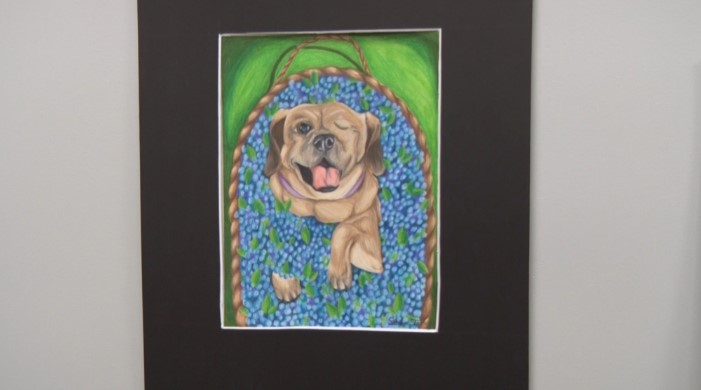 MARQUETTE — Well the votes have been tallied and the Marquette Downtown Development Authority has officially named a winner in the Blueberry Festival Poster Contest. This year’s winner is Sabrina Stanley with her art which is titled “Berry Happy Puppy,” which she created with colored pencils and markers.

Over 400 votes were cast throughout the voting process both online and in person, and the judges agreed that it really captured the feel of the festival.

“It’s really cute, it’s really vibrant,” said Tara Laase-McKinney, the Promotions and Events Coordinator for the Marquette DDA. “So it won both the combined voting and with our panel of judges, we all decided it was a great one, and you know, reflects the bright vibrantness of summer and the festival itself. And people love dogs, we’ve never had a dog on a poster for Blueberry Fest before so we thought that would be great, even though we have had animals before, so it just worked out really well.”

Along with the art being on the official poster of the Blueberry Festival for winning, Stanley will also receive one hundred fifty dollars in gift certificates to downtown businesses and 10 high quality prints of their work.