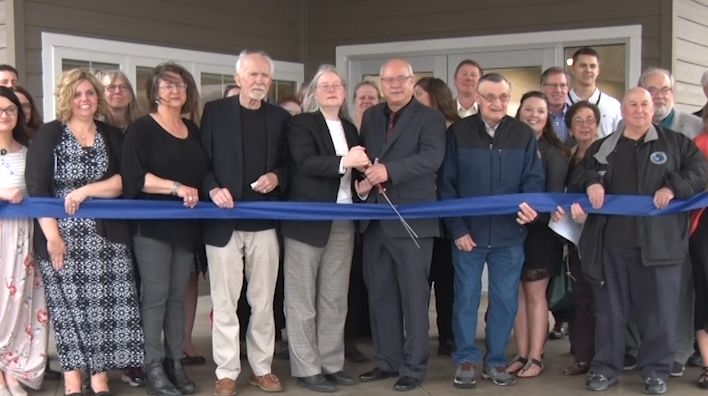 ISHPEMING — There was a ribbon cutting and open house Wednesday for the new addition at the Marquette County Medical Care Facility (MCMCF) in Ishpeming. They broke ground on the brand new rehabilitation unit about a year ago, and this afternoon it was unveiled to the public, as well as other the newly remodeled areas of the building.

The new unit features 12 new private rooms for those who need short-term care or rehabilitation services. It also features a new cafeteria and a new rehabilitation gym. The unit officially opened back in March, and it has been full almost since the opening day.

“The biggest highlight is that you can get your short term rehab separated from the rest of the nursing home population,” said Jerry Hubbard, the administrator at the Marquette County Medical Care Facility. “Which is a little different from most nursing homes. And also we have a state of the art gym, it’s a very large gym, with some really sophisticated equipment that people might not be able to find in other places.”

The opening of the new unit is a great accomplishment but the open house also highlights the facility as a whole which has 2 Alzheimer’s neighborhoods, as well as almost a hundred long–term medical care beds.

“It’s great, I’m so proud of the new building. But that isn’t everything that we have to offer,” said Hubbard. “We provide great care, and we’re well known for providing great care, and that’s why I want people to see the rest of the building. Because without the great staff that I have, we wouldn’t be what we are.”

Along with seeing new facility, those who attended were also treated to snacks, as well as opportunities to win prizes in a raffle.