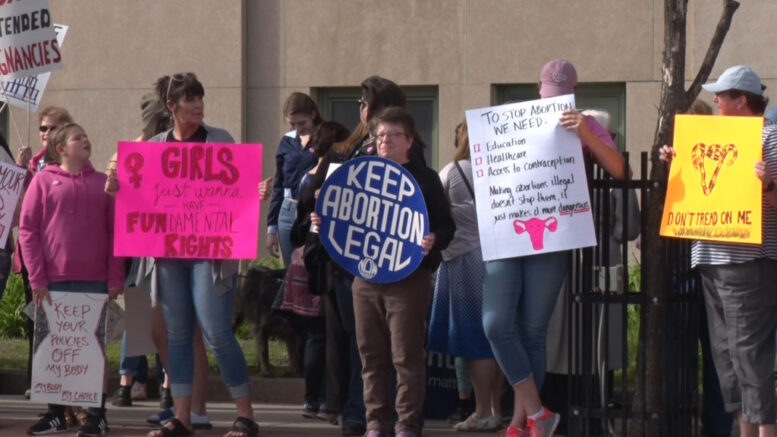 MARQUETTE — While people gathered across the US to protest strict abortion laws recently passed, Marquette had a demonstration of its own.

After making a post on social media, hundreds of protesters gathered on Washington Street in downtown Marquette in support of women’s reproductive rights.

“This is healthcare we’re talking about,” says Jenn Hill, one of the event coordinators. “We named our rally Reproductive Rights. This is about having access to healthcare. Healthcare can take many unexpected turns, and we have no right to stand between a woman and her doctor.”

According to protesters, the time to act is now, to prevent any possible harm caused by these laws.

Michigan Governor Gretchen Whitmer has stated that if such a bill comes to her desk, she will veto it.