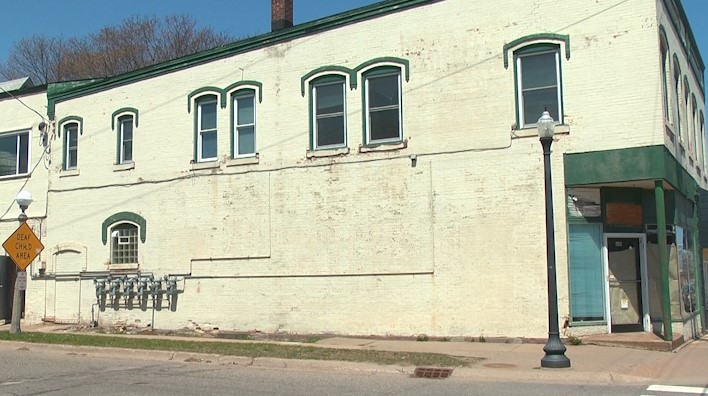 The crowdfunding campaign is part of the Public Spaces Community Places initiative through the Michigan Economic Development Corporation, who will match the amount raised if they reach their goal of $20,000.  So far, murals have already been put up in other U.P. cities like Manistique and Iron Mountain, and this will be the first time a project of this size has come to Marquette.

“The director is Mia Tavonatti, she’s an Iron Mountain native, and she is doing community inspired murals across the U.P,” said Tiina Harris, the Arts and Culture Manager for the City of Marquette. “And this would be the first in Marquette, on this beautiful building on Third Street. And the City of Marquette is excited because it’s a great creative place–making opportunity for the city, great way to involve the community in a mural, and hire local artists.”

Along with donating to the funding for the project, the public also has a chance to help vote for the word that will be used as the theme of the mural.

“We knew we wanted a mural on this wall, but what’s fun about this particular project is Marquette people get to help choose the image. If you could choose one word for the vision of Marquette that you hold, what would that word be?” said Kate Lewandowski, the building owner. “So submit a word, and once we get ten, a dozen words, or so, there will be a whole voting process. People will be able to go online and vote for the word that people want to represent the future of Marquette.”

This campaign will fund the mural in Marquette, as well as murals in Gladstone and Manistique, and local artists will have a chance to help work on the mural.

“Local artists and students get to help create it,” said Lewandowski. “Everyone can help out and do it. There will be at least a dozen people on the wall working.”

“We want to raise as much money as possible,” Harris said. “And in return we’re going to get a beautiful professional mural on a size that hasn’t been seen here in Marquette.”

To submit a word or vote on the Power of Words Project page, click here.

Lakeshore Dr. to get a $1 million makeover with help of grant

Ishpeming working to get MEDC grant for infrastructure repairs

Marketplace will serve as a gem to the downtown area