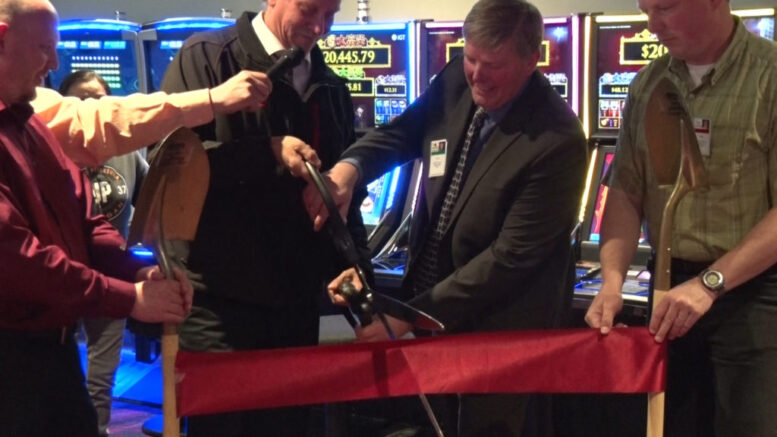 BARAGA — After months of renovations, the Ojibwa Casino in Baraga hosted a grand reopening ceremony on Saturday.

Originally starting out as a few blackjack tables in the corner of a bowling alley, the Ojibwa Casino has since expanded to make it one of the best in the UP.

“So we’ve updated the interior of the casino,” says Larry Denomie, general manager of the casino. “We actually redid the entire restaurant space, the Lucky Sevens Restaurant. We’re actually going to be working on the press box here, as well as updating our hotel rooms over the next several months. So the casino part is done, but we’re still working on the other parts of the facility.”

Along with complimentary champagne, there were prizes and opportunities to win big during the grand reopening.

A major improvement from the old casino was the installation of a state–of–the–art ventilation system, to help make the air within the casino cleaner.

The focus for the renovations so far has been a combination of aesthetics, economic improvements, and a more user–friendly atmosphere.

Casino gets approval to move forward with expansion