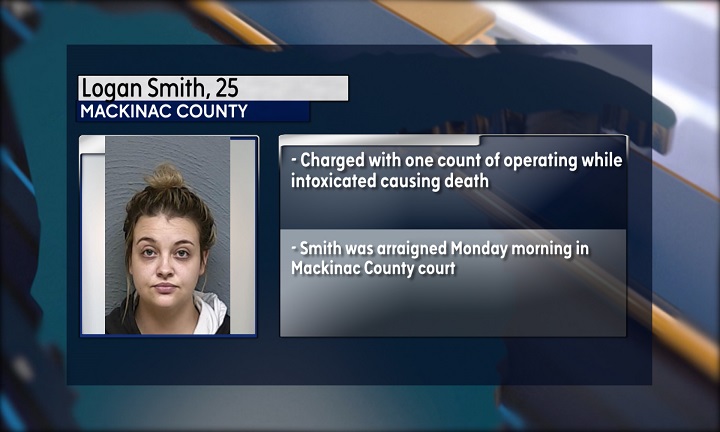 CLARK TOWNSHIP — Troopers from the Michigan State Police St. Ignace Post have arrest a 25-year-old woman following a deadly traffic crash in September, which claimed the life of Zackeri Meingin of Cedarville.

In the early morning hours of Sept. 1, 2018, troopers responded to a report of a single vehicle crash on 3 Mile Road, near Nye Road, in Clark Township in Mackinac County. Meingin was a passenger in the vehicle.

The results of the 7-month long investigation prompted the Mackinac County Prosecutor to charge the drive with operating while intoxicated causing death. The suspects name is being withheld pending arraignment, and ABC10 will continue to update the story as more information is released.