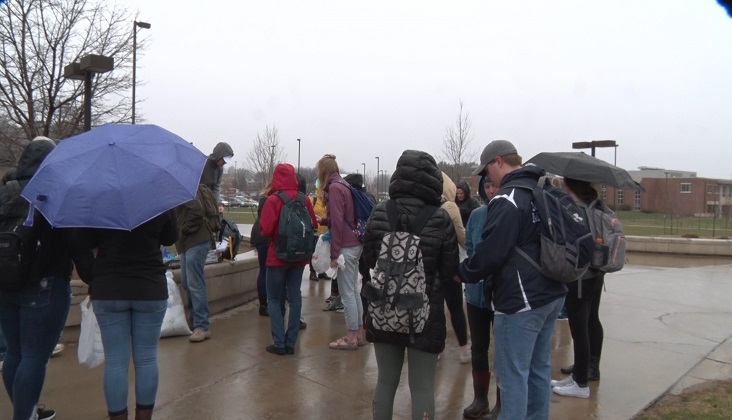 The idea was initiated by the students wanting to do something good for their planet and make a small change on their campus.

“I asked them to think about throwing trash out their car window as they are driving along. Most of them said no I would never do that and some were like yeah maybe that happens. I say these small efforts happen all the time, these small negative consequences to the Earth. What can we do to flip that around,” said Megan McConville, Environmental Science Professor.

Over the course of the semester students learned about the benefits of keeping the planet green.

This is what motivated students to take part in the campus clean up and do some community involvement.

“It’s a small thing that we can just start with. By starting something small we can spread the message farther and it’s not as hard as you think. You think that you can’t change anything with what is going on with the Earth, it’s wrong you can,” said Jordan Swenor, NMU Student.

Students ended up collecting 100 lbs of garbage in 45 minutes.

McConville hopes to continue to do this in the years to come.