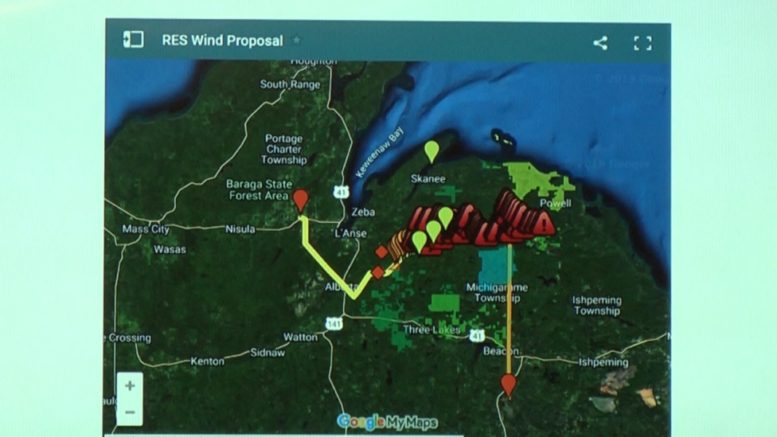 L’ANSE TOWNSHIP — It was announced today in a press release that the developer of the Summit Lake Wind Project, Renewable Energy Systems, has decided to stop their pursuit of the project due to “continued delays” making the project no longer “financially and logistically viable.”

The proposed 130MW wind farm would have totaled 43 turbines spanning thousands of acres near the McCormick Wilderness area of the Ottawa National Forest.

Over the last several months the project has been pretty polarizing, and the Keweenaw Bay Indian Community has come out against the project saying it would threaten their way of life.
SHARE TWEET PIN SHARE