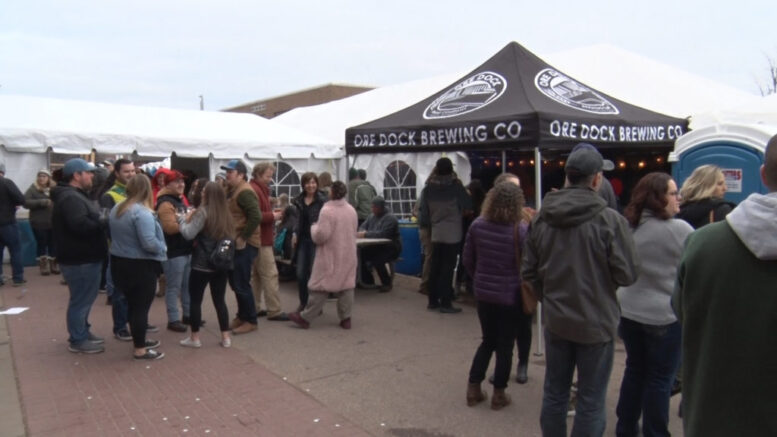 The Ore Dock Brewing Company kicked off spring with its 6th annual Festival of the Angry Bear, with live music in multiple large tent venues, to say goodbye to winter.

“The Angry Bear is coming out of hibernation,” says Andrea Pernsteiner, owner of the brewery. “I don’t know how everyone else in the UP feels, but I feel like you get a little bit secluded-a little isolated during the winter months, and it’s a chance for people to come out, reconnect with neighbors, reconnect with friends. Just enjoy a day of being outside, but having the opportunity to go inside and go in a heated tent where you can get away from the elements a little bit.”

The Festival of the Angry Bear focused this year on sustainability, with reusable cups and metal mugs being available for refills.

The festival also featured the Angry Bear beer, which is brewed and stored in wooden barrels for a full year.

This specialty beer won’t be available again until next year’s festival.

“The Scottish Play” comes to a local brewery