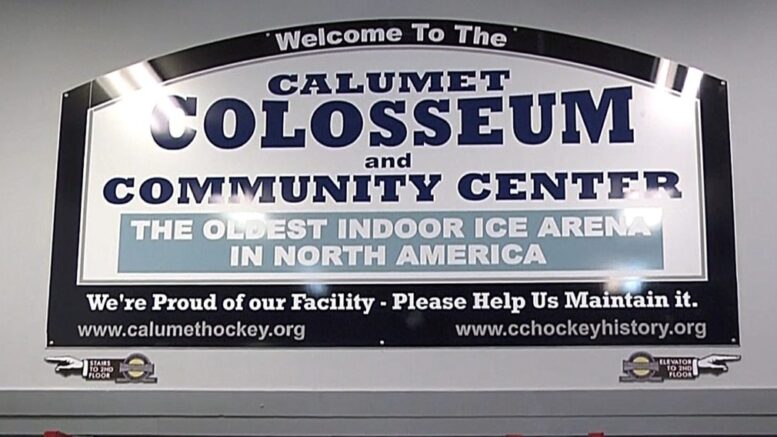 CALUMET — This past weekend history was made in the Copper Country. Calumet is officially Kraft Hockeyville USA 2019 and will host an NHL preseason game.

After much anticipation Calumet has officially been named Hockeyville 2019. Not only does Calumet get the title of Hockeyville, they will also host an NHL preseason game. They also received $150,000 prize for upgrades around the rink.

“The Ice plant needs attention,” said Colosseum Spokesman John Carroll. “Right now we have a 32 system and eventually we will need to update that part of the ice plant. There is a need with the humidifier system. We are also looking at the sound system, heaters for the bleachers. Probably a dozen other needs that we have identified.”

The Colosseum was built in 1913 when Hockey was already established in the Copper Country. Over the years a lot of community work and effort has gone into making the Colosseum what it is today.

“Winning this is a feather in the cap to the community,” said Carroll. “It’s really a tribute to everyone who has kept that building alive over the last 100 plus years.

Yoopers are already aware of the hockey history here in the Upper Peninsula, but wining something like this will bring in a national recognition.

“It makes the rest of the country aware of what kind of history we have here,” Carroll said. “When you look at the recent history with Kraft Hockeyville, The Polar won an award 4 years ago. Marquette won Hockeyville 2 years ago. Now Calumet has won this year. It just gives you an idea of how important hockey is to the Upper Peninsula and what kind of history is here.”

Right now they are in contact with the NHL, the players association and Kraft. Over the next coming weeks and months they will be planning with them on events coming up.

Stay with ABC 10 as these plans get finalized.