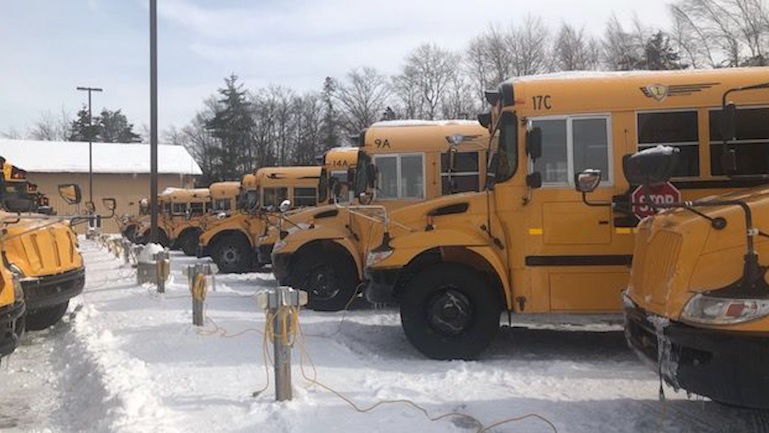 NEGAUNEE — The recent snowstorms have affected a lot of businesses and schools lately, and one school lost the use of all of its buses because of the snow.

The roof of the bus barn for Negaunee Public Schools collapsed early Sunday morning due to the snow, and it fell directly on the buses.

School officials quickly started to develop a plan to replace the buses, and looked for help from other schools in the area.

“We kind of formulated a plan early that morning,” said Negaunee Public School Superintendent Dan Skewis. “And then came back around 8:30 that day and reached out to superintendents and transportation directors throughout the UP just to see where they were at, how many spares they could loan us. And we had an overwhelming response and we feel very grateful for that.”

Tuesday was the trial run for using the borrowed buses on the new routes, and Skewis says that the process went pretty smooth.

“Our drivers have been such a great group to rely on,” Skewis said. “They went to each of the different districts to get the buses and bring them back to us. We’re very appreciative to Mike Wormer?? the NICE Transportation director for allowing us to park the buses there overnight and keep them plugged in. Our transportation people, Marcia Manninen, Jim Nylander, Bob Tilly, all have done an amazing job to coordinate with other transportation directors and mechanics to make today possible.”

The district received 13 buses from other several schools in the surrounding counties. Skewis says its times like these when everyone can see how close the communities of the Upper Peninsula really are.

“And it doesn’t matter who our mascot is, or who our rivals are on an athletic field or in any other competitive nature,” said Skewis. “When we can come together like this it’s super important to us in this circumstance, its something we would definitely do for other districts if they were in need as well. We wouldn’t be in school today if it wasn’t for the 8 or 9 districts that are helping us out with our buses.”

The bus barn is considered to be a total loss, and they will be inspecting the buses as the week goes on to determine how many of them they will be able to use in the future. Another option that the district will explore is if they will rebuild a new bus barn in the same spot, or if they will look somewhere else for a new facility.

Here is a full list of the school districts that lent buses to Negaunee, along with which bus they will be replacing: 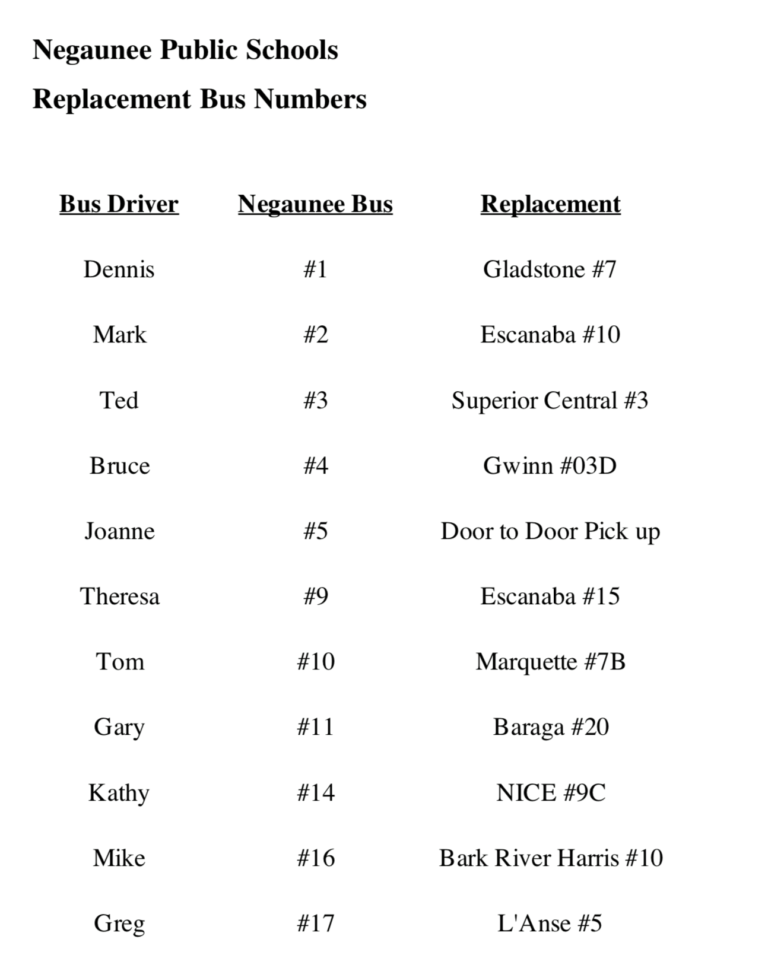 Robotics Club presents to school board